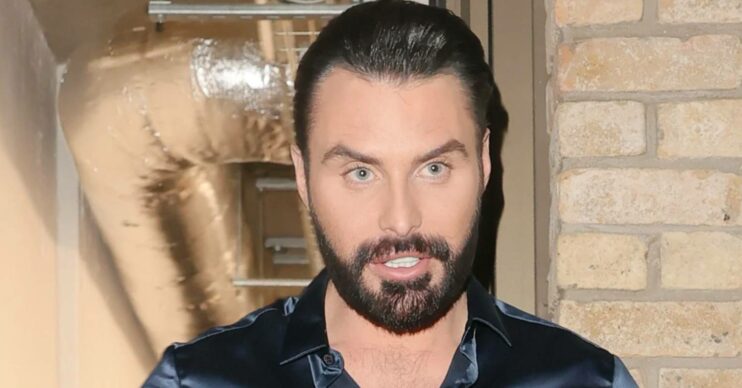 The telly and radio fave, 33, shared a screenshot of an email he received earlier today (Sunday May 1).

The content made it clear the message regarded the upcoming annual song contest.

But not everyone viewing Rylan’s post was immediately sure about how he’ll be involved later this month.

The post indicated Rylan will be heading to Turin, the Italian location for this year’s blockbuster event.

The subject heading of the email displayed noted it concerned “practical information” for his visit.

It also confirmed Rylan’s request for accreditation has been accepted.

And Rylan was obviously delighted with this as he noted in the caption: “Happy May.”

Thousands of Rylan’s 1.5 million Instagram followers were happy for the star’s announcement.

But it seems not everyone may have understood what it meant.

Self-confessed Eurovision superfan Rylan has previously narrated a show about Eurovision. But his involvement has gone much further than that.

He has also appeared on the panel of Eurovision: You Decide, when acts are selected for the contest. He was the UK spokesperson, revealing scores for other countries, in 2019.

And Rylan has also commentated on the semi-finals since 2018 alongside Scott Mills.

However, some of his Insta fans wondered whether his latest Insta post indicated he could actually be on stage in 2022!

What will Rylan be doing at Eurovision 2022?

On Sunday afternoon, following his Insta post, Rylan shared a video on Twitter hyping the BBC’s coverage of Eurovision.

The video included footage of Sam Ryder, the UK’s entry. And Rylan also tagged in Scott Mills, writing: “We are ready. See you soon.”

All of this would seem to suggest Rylan will behind the mic again for the shows.

But back on Insta, among many congratulatory remarks, some commenters enquired if Rylan would be performing.

“Are you singing?!!” one person asked.

“You singing?” echoed another fan.

Someone else, possibly gobsmacked, posted: “What.”

He may not be performing this year, but Rylan would certainly pull in plenty of votes!