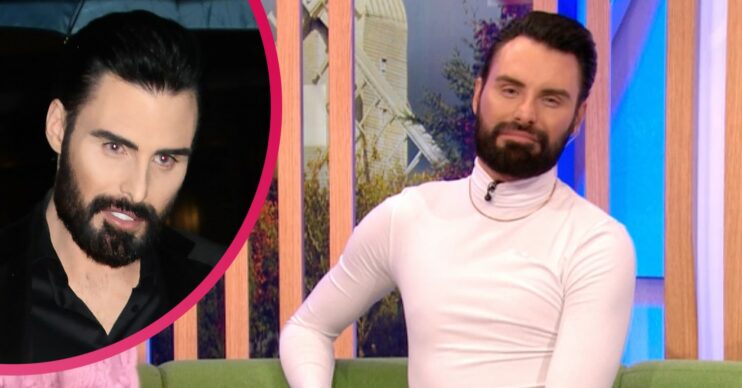 Set them straight over inaccurate claims

Rylan Clark offered a stiff rebuke to a troll as the TV presenter tweeted about his mum Linda.

Rylan reacted following claims his mum appearing on her son’s Radio 2 show is ‘a waste of money’.

What did troll say about Rylan Clark and his mum?

It was announced yesterday (Friday March 25), that Linda would be co-hosting her son’s BBC Radio 2 programme alongside him.

The update was met with a mixed reception on Twitter.

Some fans tweeted how much they were looking forward to hearing Linda on the show. But others indicated they prefer to hear Rylan by himself, suggesting it might be ‘too much’ for Linda to be involved, too.

Read more: Rylan Clark fans rally around him as he shares emotional tweet

Nonetheless, there was only one remark that provoked a response from Rylan.

And it came from a social media user who alleged Linda would be paid for her contributions.

They jibed: “What a [blank] waste of licence fee money. I assume she’s not doing it for free.”

Rylan, however, set the person straight, correcting their inaccurate claims.

The popular presenter calmly snuffed out the Twitter user’s moans by indicating Linda – who has appeared on Celebrity Gogglebox with her son – won’t be paid.

“Yeah she is actually,” Rylan tweeted back.

It’s a bit of fun so don’t stress yourself out.

Referring to the troll’s apparent anger, Rylan continued: “Because it’s a bit of fun so don’t stress yourself out.”

And ahead of the broadcast, Rylan gave another update on Instagram, showing his mum getting ready for their slot.

But is isn’t the only content Rylan has shared on Insta over the past few hours.

He also revealed how he enjoyed a night out with The One Show co-host Alex Jones following Friday’s episode.

Read more: Jane McDonald stunned as Rylan Clark calls for her to be made a dame

The presenting pair apparently gave pole-dancing a shot as they hit the town.

However, going by the short clips both Rylan and Alex uploaded, neither will be probably looking to give up their day job any time soon.

The One Show airs on BBC One, weekdays, at 7pm.