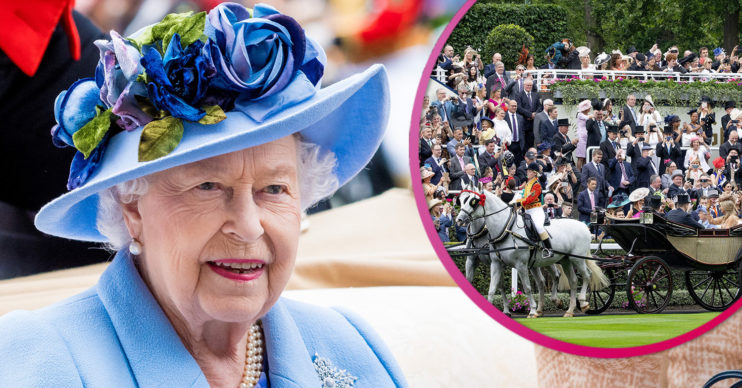 Royal Ascot is reportedly considering axing the inclusion of Rule Britannia! and Land of Hope and Glory at the course’s famous bandstand’s repertoire.

The news comes after the BBC has confirmed they will play the tunes without lyrics at the Last Night of the Proms.

Traditionally each year hundreds of racegoers gather at Royal Ascot’s bandstand to sing along to the anthems.

Held at 6pm on the last day of the races, the patriotic singalong is part of the race’s tradition and history.

However, they may not be included at all when the race returns in 2021.

Why would Royal Ascot ban the songs?

A source told The Mirror that the race’s organisers fear a backlash if they play the songs next year.

Especially in wake of the Black Lives Matter movement and ongoing racial tensions in the US.

The source said: “Much like the move to remove Rule Britannia and Land of Hope and Glory from the Royal Albert Hall festival, there is a rising level of unease among the organisers who are certainly fearing a backlash because of those particular songs’ perceived association with colonialism and slavery.

“Despite all the traditions of the past, the feeling at the moment is that it would be most unwelcome attention for the festival, the Queen and the rest of the royal family and a decision to remove the singalong is expected to be ratified.”

The five-day event is attended by many members of the Royal Family. It is also said to be the Queen’s favourite sporting event.

It was cancelled this year due to the coronavirus outbreak.

Prime Minister Boris Johnson is shocked that the songs won’t be performed with lyrics at this year’s Proms.

Speaking to reporters on Wednesday, Boris said: “If it is correct, which I really can’t believe that it is.

“I think it is time we stopped our cringing embarrassment about our history, about our traditions, and about our culture.

“And stop this general bout of self-recrimination and wetness. I wanted to get that off my chest.”

Despite his choice of words, the BBC said: “For the avoidance of any doubt, these songs will be sung next year.

“We obviously share the disappointment of everyone that the Proms will have to be different but believe this is the best solution in the circumstances and look forward to their traditional return next year.”