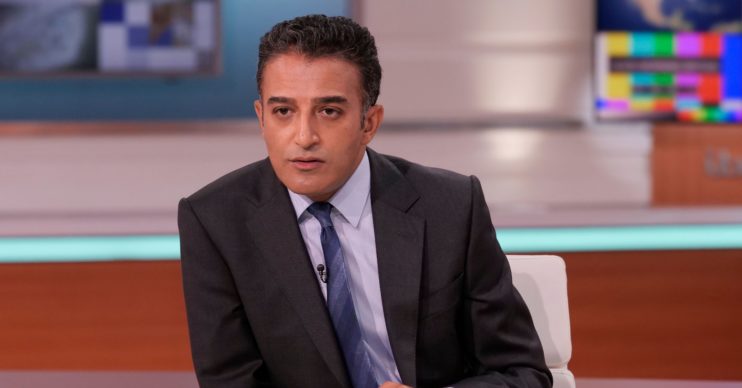 GMB host Adil Ray has revealed the abuse he, Alex Beresford and Sean Fletcher have had to deal with during their presenting stints on show.

The 46-year-old actor has opened up on the racist trolling the GMB presenters are subjected to online.

And he insisted while there have been some improvements with representation, more needs to be done.

Speaking on the ITV breakfast show, Adil – who has been co-hosting during Piers Morgan and Susanna Reid’s summer break – said: “There have been changes on screen and we recognise that – I mean, we’re here right now.

“Even though it’s not permanent jobs, things have definitely changed.”

She added: “You do get trolled for it – you get a lot of Twitter nonsense.

“You were reading out a lot this morning, I don’t know if you want to go into it.”

Adil responded: “Oh we do get trolled for it. I don’t want to go into it, but I know Alex Beresford and Sean Fletcher got it last week. We are part of the change.”

The Citizen Khan actor tried to focus on the positives, and “the amount of love” he receives from most viewers.

He explained: “We do get grief on television, it’s part of the job. But what I’ve done over the past seven weeks on this show, is concentrate on the amount of love.

“I spend less time on social media and just learnt to ignore the minority views and embrace the love.”

Last month, Adil admitted he will only be using the social media platform to promote his work rather than engaging with followers, as he pointed to the abuse he receives on the site.

He tweeted: “I have chosen to no longer look at my mentions regularly.

“I’ll just be posting to plug my work & campaigns. The racism is far too much & damaging.

“I’m sorry I won’t get to see the nice tweets at times. Do find me at Instagram which is a much more pleasant place right now.”