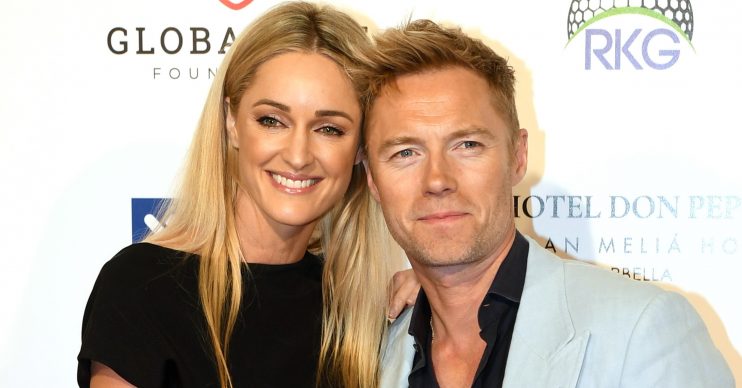 It's the couple's second child together

Ronan Keating and his pregnant wife Storm have revealed they are expecting a baby girl.

The No Matter What singer has revealed he and Storm are expecting a little girl next as the couple shared their excitement about adding to their brood.

Ronan shared of the couple’s happy news: “Yes, we’re having a baby girl! It’s super exciting. We are very lucky and I am so happy for Storm.”

Batting way above – but she’s got a great personality 😂

Storm added: “I’ve always wanted at least one of each sex so I’m feeling very blessed. That’s five kids in total now, so that’s enough, we’re going to have to get Ro to have the snip.”

With Cooper being such a dream we’re scared we can’t get that lucky twice.

The 42-year-old singer has quipped he’s worried that “girls can be trickier”.

Speaking to OK! magazine, Ronan said: “People say that girls can be trickier. With Cooper being such a dream we’re scared we can’t get that lucky twice.”

And Storm added: “Even if she is a little terror, I’m so chuffed it’s a girl.”

The Boyzone singer said: “It’s very exciting. My older kids are over-the-moon excited and so is Cooper. It’s happy news in our household. Expecting another baby is the best present. I’ll be a dad of five, dear God.

“But I can’t wait – I’m one of five myself, so I’ll see what my own mum and dad went through.”

Storm previously admitted she had had a “really difficult” conversation with Ronan in the early days of their relationship because she wanted her own children while the So Good hitmaker was unsure if he wanted any more kids.

She said on Loose Women: “He [Ronan] wasn’t sure if he wanted to have more children and that was really difficult for me because I always pictured having kids of my own and I come from a really large family.