Celebrities have been getting into the swing of things by dressing up their little ones for World Book Day.

To mark the celebration, Rochelle Humes led the way by sharing an adorable photo of her daughters, Alaia-Mai and Valentina, dressed up as their favourite book characters.

Alaia-Mai, six, looked super cute as Matilda as she wore a blue dress, a red bow in her curly hair and round glasses.

Meanwhile, little Valentina, two, dressed up as Bing the bunny from the kids cartoon show Bing.

The pair beamed for the camera as Rochelle said: "Matilda and Bing Bunny - World Book Day 2020."

Of course, fans gushed over the costumes with Sam Faiers writing: "Oh Bing!! We love Bing in our house. So cute."

Coleen Rooney also celebrated the occasion and shared a snap of her son Cass dressed as the Cat in the Hat from the famous Dr. Seuss book.

He wore a black and white cat costume with a huge red bow and a red and white striped top hat.

The little girl wore a blue outfit as she posed with a golden lamp.

The Coronation Street actor said: "My little princess rubbed the lamp, made a wish and flew off to school as Princess Jasmine."

My little princess rubbed the lamp, 🧞‍♂️ made a wish and flew off to school as Princess Jasmine 💛 #worldbookday 📚

Polly sported a yellow Belle dress and had her blonde hair tied up in a bun with a matching yellow bow.

My little princess rubbed the lamp, made a wish and flew off to school as Princess Jasmine.

The former TOWIE star captioned the post: "My real life Belle. Awww my darling princess her first ever #worldbookday2020 how beautiful does she look, please stop growing Polly."

The little girl looked adorable in a Jessie costume complete with a cowgirl hat and boots. 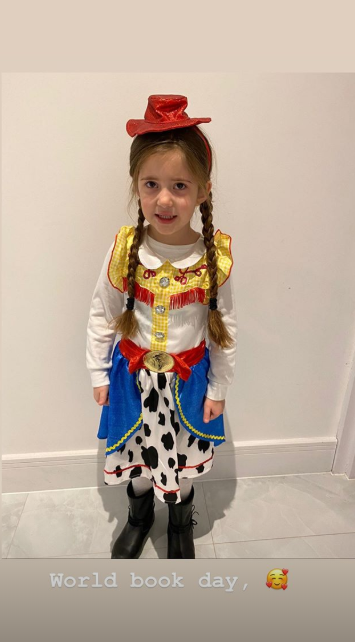 Leighton wore a Gryffindor outfit with a pair of Harry's signature glasses and, of course, a wand! 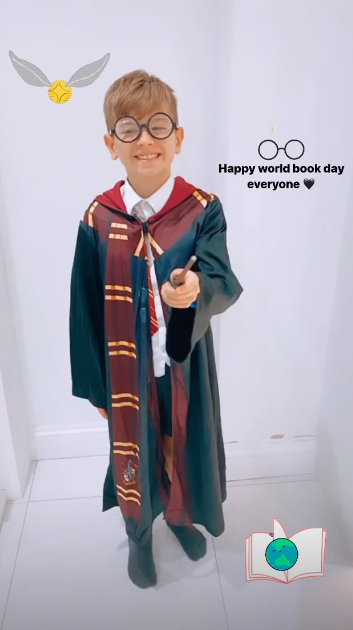 Amanda Holden's daughter Hollie dressed up as Dorothy from The Wizard Of Oz.

The eight-year-old wore her blonde hair in plaits with red ribbons as she sported Dorothy's blue and white plaid dress.

Hollie also wore glittering red shoes while carrying a basket with a toy dog in it.

In a video shared to Instagram, Hollie said: "There's no place like home," as she tapped her red shoes just like Dorothy does in the book.

Of course, it wasn't permanent but it made Alfie, four, look just like Ron Weasley from Harry Potter.

In a video shared to her Instagram, Catherine is seen taking Alfie to school in the car.

She told the camera: "It's World Book Day today and mummy got ambitious."

She said to Alfie: "Who are you Alfie," to which Alfie shouted: "Ron Weasley! Yeah, yeah!"

Note to self : do NOT become a hairdresser . EVER. #ronweasley #worldbookday @calumtierney look away now 😂😂) @tompitfieldimages ... sorry

Catherine captioned the post: "Note to self : do NOT become a hairdresser . EVER."

Are you celebrating World Book Day? Leave us a comment on our Facebook page @EntertainmentDailyFix and let us know what you think of this story. 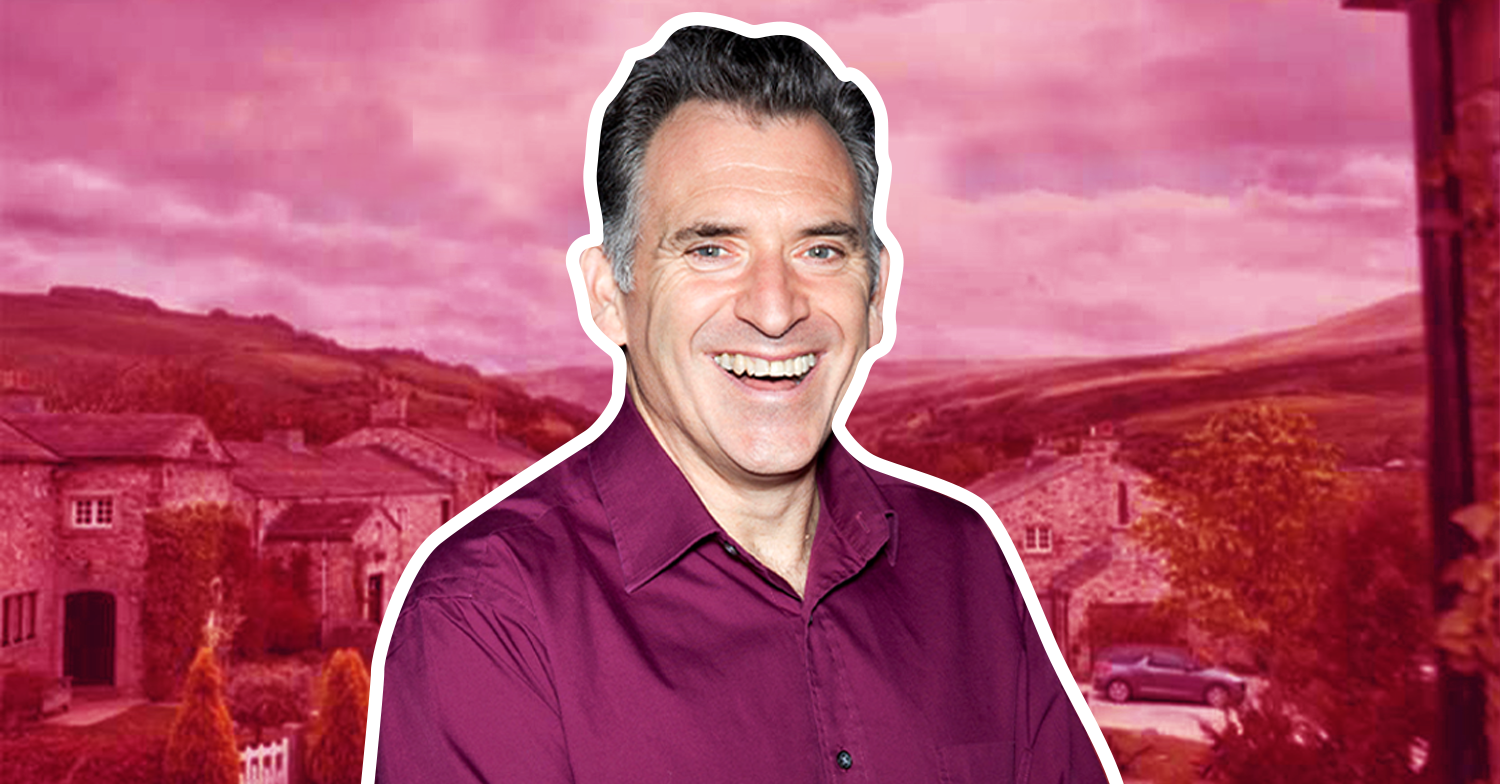