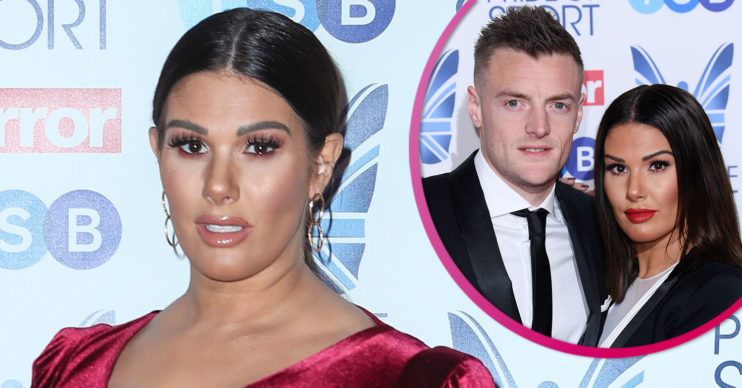 Rebekah is on holiday with her husband Jamie and their children

Rebekah Vardy has slammed vile trolls for calling her “fat” and a “whale” after she was pictured on a beach.

The WAG is enjoying a holiday in Ibiza with her husband Jamie Vardy and their children.

Rebekah, who welcomed the couple’s fifth child last year, looked incredible in a black swimsuit as she soaked up the sun.

However, trolls left horrible comments online about Rebekah and she’s hit back.

One troll said: “She’s not going to be a happy bunny when she sees those photos!”

Another wrote: “Slender figure? She is fat.”

Others claimed Rebekah had “cellulite” and she was quick to shut down the trolls.

“I’m perfectly happy with how I am but thanks for the endless nastiness on pictures I never asked to be taken.”

Yes I have cellulite and what?? Who doesn’t.

“Yes I have cellulite and what?? Who doesn’t… ffs. This needs to stop.”

Rebekah then shared a photo of her stunning view and insisted she’s going back to “having fun with my kids”.

She wrote: “Anyway screw the horrible comments, I’m going back to having fun with my kids…

“And Ibiza is safer than the UK… but whatever.”

Rebekah is enjoying a holiday in Spain amid her legal drama with Coleen Rooney.

Last month, Coleen released a statement through her lawyers.