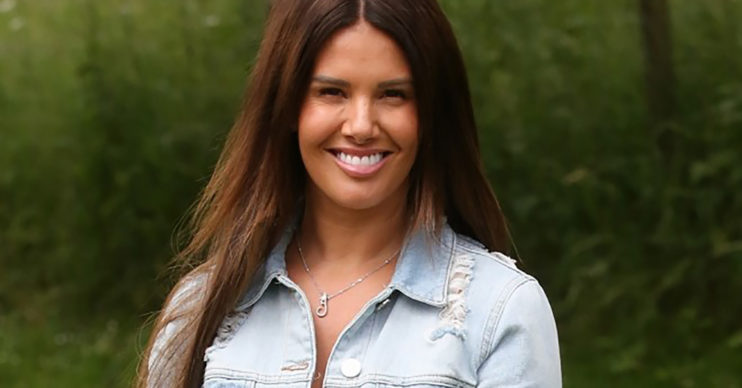 The mum-of-five shares the tot with footballer husband Jamie

Rebekah Vardy has melted the hearts of fans by sharing an adorable snap of baby daughter Olivia.

She captioned the post with a string of smiling heart emojis.

While fans were quick to agree with the Leicester City striker, with one gushing: “She’s so beautiful.”

A second shared: “That smile, gorgeous.”

Another added: “Aw don’t they just melt your heart.”

As well as her children with Jamie, she also has two daughters, Megan and Taylor, from previous relationships.

From family life to court drama

The two have been at loggerheads since Coleen, 34, accused her of selling stories about her to the press – something which Rebekah has fiercely denied.

Despite numerous attempts to resolve their issues, it now appears Rebekah is “determined to clear her name at any cost”.

A source told The Sun: “Becky has made it clear to Coleen that she is deadly serious about clearing her name, and wants a full public apology.

“It’s not about money. As far as Becky is concerned, she wants her costs and vindication.

“But since Coleen still refuses to agree to an apology, she’s gone ahead with filing the paperwork at the High Court.

“It’s a very expensive thing to do and the expectation is costs could run towards half a million pounds for each side but she’s completely determined to clear her name at any cost.”

It’s believed the two women and their lawyers tried to settle their dispute in a Zoom meeting in May, but failed to come to an agreement.

Coleen made the original claims against Rebekah’s account while she was pregnant with Olivia.

At the time, Rebekah mentioned her pregnancy when denying the accusations.

She wrote on Instagram: “I’m so upset you’ve chosen to do this Coleen, especially when I’m heavily pregnant.”

Appearing on Loose Women this February, she broke down in tears.

Rebekah said the online trolling was particularly challenging to cope with.

She shared: “The trolling was the worst part for me and my family. I have been trolled before and I do get it all the time but it kind of escalated off the back of this.”