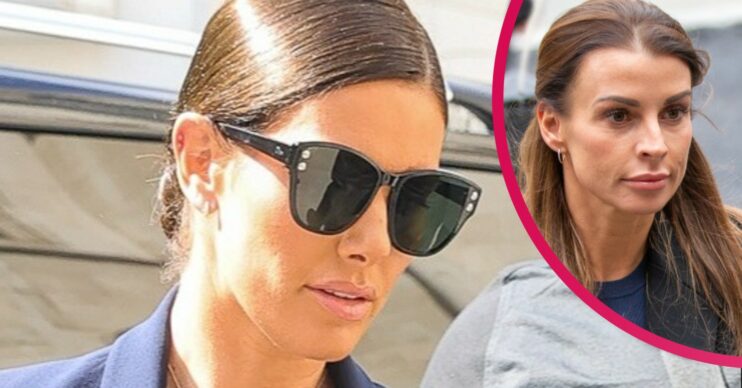 Rebekah made comments about Coleen in a 2019 interview

Rebekah Vardy compared Coleen Rooney to a ‘pigeon’ in a resurfaced interview, London’s High Court heard this week as the libel trial continues.

The pair are currently in court as Rebekah is suing Coleen for libel for accusing her of leaking stories to the press.

In October 2019, Coleen publicly accused Rebekah of leaking stories about her to the press – allegations Rebekah vehemently denied.

This week, Coleen and Rebekah have faced each other in the High Court as revelations have emerged.

On Thursday, a resurfaced interview from 2019 was heard in the court in which Rebekah compared Coleen to a “pigeon that [bleeps] in your hair”.

Rebekah had spoken to the Daily Mail in the aftermath of Coleen’s allegations in 2019.

When asked if they had argued over the phone, Coleen reportedly told the publication: “That would be like arguing with a pigeon.

“You can tell it that you are right and it is wrong, but it’s still going to [bleep] in your hair.”

Rebekah appeared on the stand on Thursday.

She was asked by Coleen’s barrister David Sherborne about her comments in the interview.

Responding to her comments, Rebekah told the court she “wasn’t thinking straight” when giving the interview.

In addition, she added: “Rightly or wrongly, maybe that interview shouldn’t have been done.

Meanwhile, this week, the trial saw Rebekah quizzed over comments she made about Peter Andre.

The wife of footballer Jamie Vardy had claimed Peter’s penis was the size of a “chipolata” sausage during an interview with News of the World in 2004.

On Thursday, Peter broke his silence and opened up about how the comments have affected his mental health.

Rebekah has since apologised to the singer, saying she was forced to do the interview by her ex.

She said in court: “The circumstances of that article I have gone into already which I am deeply sorry for.

“It’s shameful and one of my biggest regrets.”