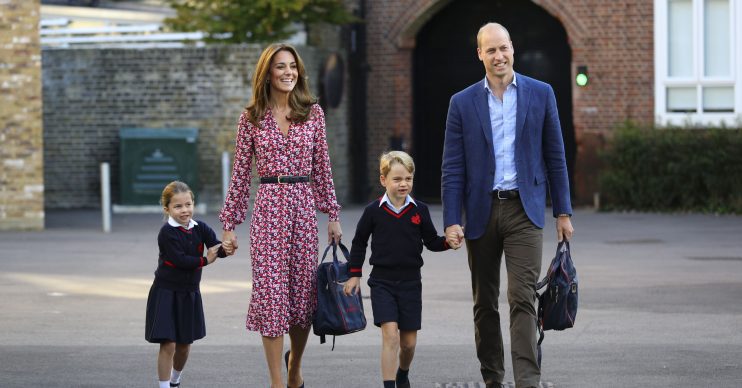 But is she on the naughty or nice list?

It appears that Princess Charlotte has inherited her love of horses from her great-grandmother, Her Majesty The Queen.

The cheeky tot, who started school earlier this year, has written her letter to Santa and at the top of her Christmas list is a pony.

Often seen larking around and poking her tongue out to photographers, it remains to be seen if Charlotte is on the naughty or nice list.

However, dad Prince William seems to think four-year-old Charlotte is too young for a horse.

He thinks she should wait a year before getting the animal.

A source told Closer: “Charlotte takes after Queen Elizabeth and is obsessed with horses.”

She’s asked for a pony, but might have to wait until next year as William thinks she’s too young.

They added: “She’s asked for a pony, but might have to wait until next year because William thinks she’s too young.”

He is said to have requested a new tennis racket and a football table.

The source also added: “They’ll both be receiving children’s cookery sets because they love making a mess in the kitchen!”

The Duchess of Cambridge visited a farm with the charity Family Action, picking out Christmas trees and helping kids write their letters to Santa.