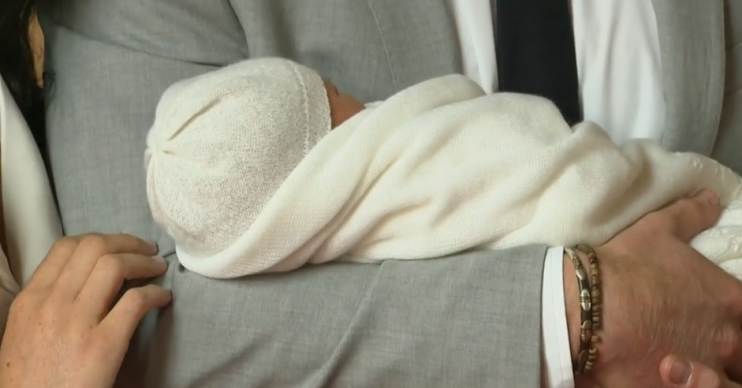 He still has a lot of family to meet!

Some of royal baby Archie’s closest family members have not yet been introduced to the newborn, reports have claimed.

Senior members of the royal family such as Archie’s grandfather, Prince Charles – as well as Camilla, and his uncle and aunt Prince William and Kate Middleton – are believed to be visiting the baby for the first time next week.

It is thought Charles and his wife were originally due to meet Archie this weekend after being away on a trip to Germany, before plans were apparently changed.

Clarence House has reportedly told The Sun the future king will now see the infant in the coming days.

A spokesperson for the Duke and Duchess of Cambridge is also said to have revealed that Wills and Kate have scheduled a date to call in on their first nephew by Harry and Meghan at Frogmore Cottage in Windsor.

The Queen, Prince Philip and Meghan’s mum Doria Ragland were pictured meeting the seventh-in-line to the throne on Wednesday.

He is the Queen’s eighth great-grandchild and has been given the full name Archie Harrison Mountbatten-Windsor. He was born at 5.26am on Monday morning.

Read more: UK weather: Britain set for a drenching ahead of forecasted heatwave

There has been some press speculation the youngest royal may have been named after a beloved pet cat.

Friends of the Duchess of Sussex are reported to have told a tabloid that ‘Archie’ could be a reference to a furry friend rescued by her mum.

A unnamed former pal is quoted as explaining: “Doria rescued Archie and he became an important part of the household. Meghan loved playing with him and she was always talking about him to her friends.”

Speaking about becoming a new mother herself, Meghan told a throng of reporters earlier this week: “It’s magical, pretty amazing. I mean I have the best two guys in the world. I’m really happy.”

Prince Harry added: “It’s great. Parenting is amazing. It’s only been two days, three days, but we’re just so thrilled to have our very own bundle of joy.”