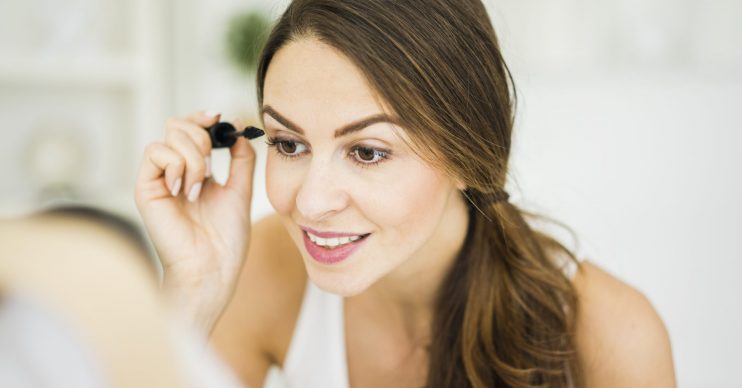 Chemicals in the cosmetics can reach the womb…

Some women have a natural glow during pregnancy. Others, however, spend the entire nine months stuck at home experiencing morning sickness, aches and pains and extreme fatigue.

So when the not-so-blooming ladies do manage to head out of the house, they no doubt want to look their best and reach for their make-up bags.

Now, however, new research suggests that women who wear make-up during pregnancy are more likely to have children who grow up to be overweight.

The research was carried out by scientists in Germany, who said that sedentary modern lifestyles and increased calorie intake are not enough to explain obesity.

They argue that when a baby is in the womb, its development can be disrupted by chemicals such as butyl paraben (BuP), which disrupts hormones.

Read more: Asda to launch Greggs counters inside some of its stores on a trial basis

It is used as a preservative in make-up because it has anti-bacterial properties.

Researchers measured the levels of BuP in the urine of more than 600 mums-to-be, finding higher concentrations in those who used cosmetics.

Dr Tobias Polte led the research, which asked 629 pregnant women which cosmetics they’d used up until the 34th week of pregnancy.

The products they were asked to declare included things like body lotion, make-up, toothpaste and perfumes, which typically contain parabens.

Read more: A city banker has been fired for “stealing sandwiches from the staff canteen”

The tests took place between 2006 and 2008, with the body weight and height of their children then being taken annually up until the age of eight.

Complete avoidance is not possible as its use is so widespread, but avoiding non-essential exposure seems an easily achievable goal.

It found that the children of women who had used cosmetics containing BuP – particularly girls – were more likely to be overweight in the first eight years of their lives.

The report – printed in Nature Communications – stated:: “Our results strongly suggest that prenatal exposure to BuP increases overweight development in the offspring.”

As such, experts are now advising women to avoid cosmetics containing the nasties as much as possible during pregnancy.

Dr Alex Polyakov of the University of Melbourne said he thinks it would be “advisable for pregnant women to avoid cosmetics that contain parabens”.

He added: “Complete avoidance is not possible as its use is so widespread, but avoiding non-essential exposure seems an easily achievable goal.”

Vain as it sounds, we’re not sure we could last nine long months without our mascara and a bit of blusher!

Will you be avoiding cosmetics during your pregnancy? Tell us on our Facebook page @EntertainmentDailyFix.