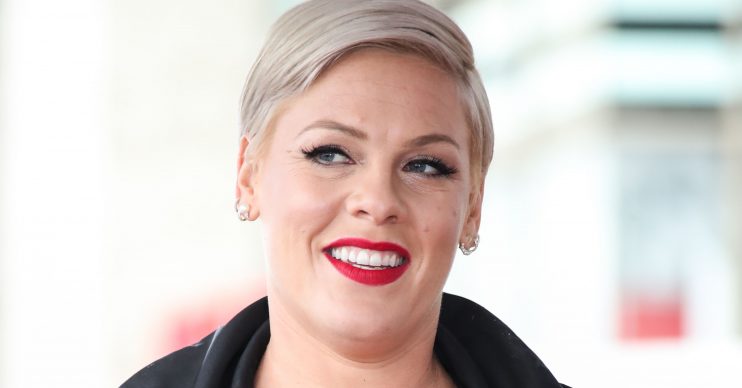 The singer and her family are Jewish

Pink has hit back at mum-shamers who criticised her for allowing her children to run at Berlin’s Holocaust Memorial.

The Just Give Me A Reason hitmaker told her haters to keep their “hatred and judgement to [themselves]” after she came under fire for letting daughter Willow, eight, and son Jameson, two, roam free around the giant concrete blocks at the Memorial to the Murdered Jews of Europe site on Sunday (14.07.19), whilst she pointed out that they are in fact Jewish themselves.

Berlin, I love you. #holocaustmemorial #panamarestaurant #cocktailclasses #history #herstory #worldtour and for all of the comments; these two children are in actuality Jewish, as am I and the entirety of my mothers family. The very person who constructed this believed in children being children, and to me this is a celebration of life after death. Please keep your hatred and judgment to yourselves.

Alongside the picture of her two kids, she wrote on Instagram: “Berlin, I love you… And for all of the comments; these two children are in actuality Jewish, as am I and the entirety of my mother’s family.

“The very person who constructed this believed in children being children, and to me this is a celebration of life after death. Please keep your hatred and judgment to yourselves.”

Just last week, Pink – who has her two kids with husband Carey Hart – hit out at “parenting police” on social media.

The 39-year-old singer posted a sarcastic response to people who have judged the way she’s raising her two children.

Alongside a snap of Willow playing with a friend running through sprinklers outside, she wrote on Instagram: “Here’s a picture of my child running through water. It wasn’t even filtered. What a waste of water. And no helmet? I hope she had sunscreen.

“If she slips and falls she may be traumatized for life. And her mother wasn’t even there. I was….. gasp…. working!!!! In another country!

Her response came after she was slammed over some photos she shared of a family trip to the zoo.

When a follower said “animals shouldn’t be in captivity” and questioned the visit, Pink responded: “I believe in capturing a child’s interest and love for an animal before teaching them about things like captivity.

“But thank you, the world needed your wisdom today. Here’s the thing though…I don’t remember asking you for your opinion or for your help in raising my child. This isn’t the place for a debate.”

The So What singer previously vowed to stop sharing photos of her kids after critics slammed her for a photo of Jameson without a nappy while he and Willow fed a pelican on the beach.

Speaking on The Ellen DeGeneres Show in April, she said: “I cried so hard after that because I like to share my family. I’m prouder of my kids than anything I’ve ever done and I just won’t share them anymore. I won’t do it.”