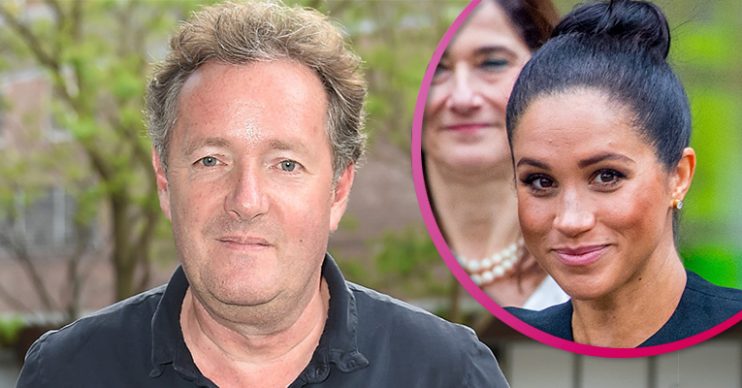 The royal couple celebrated their first wedding anniversary on Sunday

Piers Morgan has criticised the Duchess of Sussex after the recent release of photos from her wedding day.

At the weekend, Meghan and husband Harry celebrated their first wedding anniversary and marked the occasion by sharing unseen snaps from their special day last year.

The royal couple told fans in the post: “Thank you for all of the love and support from so many of you around the world. Each of you made this day even more meaningful.”

However, their post has left Good Morning Britain presenter Piers reeling as he accused the couple of “self-promoting” on social media.

In an article on the MailOnline, Piers ranted: “You’d think Meghan might have cooled the self-promoting jets after the recent birth of son Archie, given how much attention it attracted. Sadly not.”

Piers went on to say that Harry and Meghan “bombarded” the public with 14 photographs from their wedding day on Sunday.

Speaking about the couple’s message to fans, Piers continued: “I’d love to ask Harry and Meghan to name any one of the 8.2 million random people they believe made their day ‘even more meaningful.'”

Piers said there’s a “delicious irony” in the couple “being so aggressively self-promoting on social media,” weeks after Harry launched a campaign to stop people using social media so much as it is causing mental health damage.

The presenter even accused Meghan of getting her friends to go on telly in the US to say nice things about her, adding: “The friends… lined up to say how fabulous Meghan is… how she is categorically ‘NOT A DIVA!’ (Pro tip: whenever people repeatedly have to get their friends to deny they’re a diva, you know they’re a diva).”

It comes after Meghan and Harry marked their first anniversary with a string of stunning pictures.

One also showed Meghan walking down the aisle with Harry’s dad Prince Charles.

The video ended with the message: “Thank you for making the memory of this day so special.”