The Good Morning Britain presenter took to Instagram to share two photos of himself and Stanley - one of them now and one when Stanley was a little boy.

The first snap shows Piers and Stanley posing alongside each other while the second shows a young Stanley cuddling up to his dad.

You seem to have a really great bond with your kids.

Happy Birthday No2 @stanley.morgan - our showbiz grins haven’t got any less cheesy.

Piers captioned the post: "Happy Birthday No2 @stanley.morgan - our showbiz grins haven’t got any less cheesy."

Fans wished Stanley a happy birthday while others were quick to comment on how little Piers has aged.

One person said: "You seem to have a really great bond with your kids. You can’t be all bad then!"

Another wrote: "You’ve got better with age. Like a bottle of wine," while a third added: "Wow you have aged very well."

A fourth commented: "Oh we share a birthday, happy birthday." 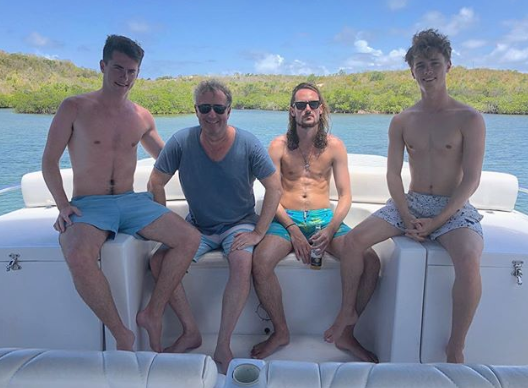 At the weekend, Piers shared a sweet photo of Elise playing football.

The event raised £6.7million for UNICEF.

Piers' team ended up taking home the trophy and of course, he was quick to rub it in Susanna's face on Monday morning's Good Morning Britain.

Did you watch Soccer Aid? Leave us a comment on our Facebook page @EntertainmentDailyFix and let us know!