So much so that the former TOWIE star hung up on their interview. 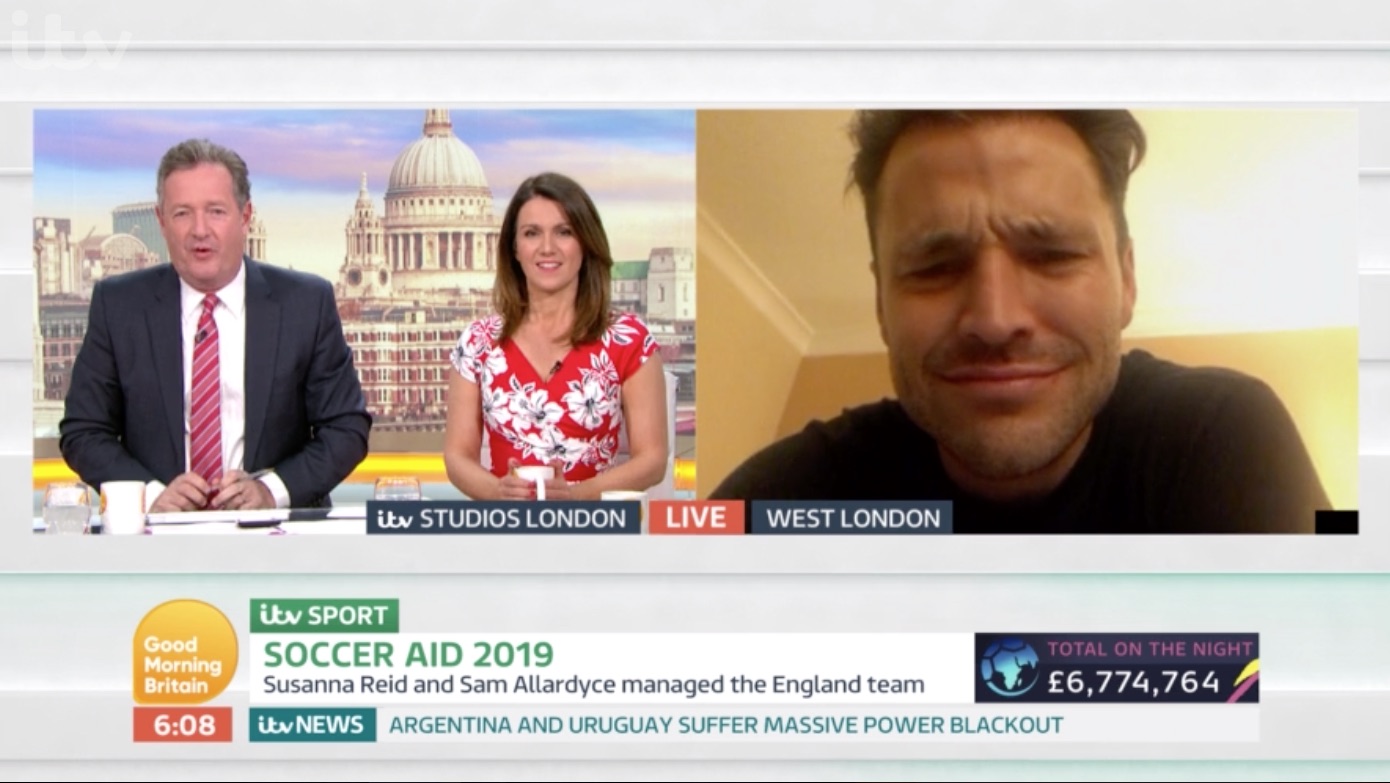 Piers, 54, was mouthing off at Mark after he missed a penalty at the end of the annual Soccer Aid match at Old Trafford yesterday.

Mark's unfortunate miss in Manchester meant that Piers, who was assistant manager to Harry Redknapp, and his World team won the penalty shoot-out 3-1 after the two teams drew 2-2 in normal time.

And during a live link-up to Mark, Piers wasn't shy when it came to letting Mark know how his penalty miss contributed to his team's victory in the charity event. 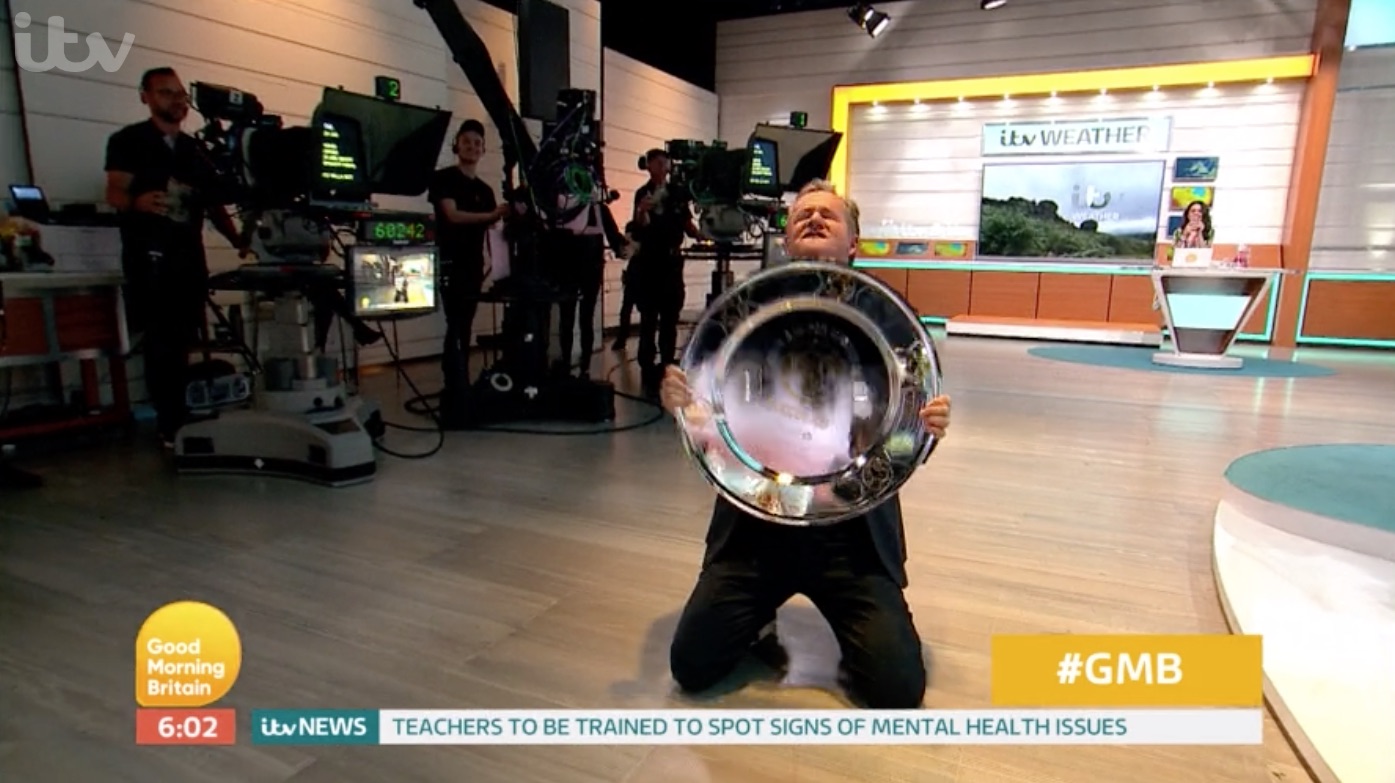 Piers paraded the trophy around in front of Mark and Susanna (Credit: ITV)

Read more: Mark Wright claims he 'discovered his ancestor was a murderer'

During the interview, Piers was quick to put the boot into Mark.

"I felt for you obviously when I’d stopped laughing," he ribbed. "We were shouting, 'Wrighty it’s all about to go wrongy'."

And it didn't stop there.

Don’t get me wrong. You played very well for about 40 minutes but unfortunately, it’s a game of two halves.

He added: "Don’t get me wrong. You played very well for about 40 minutes but unfortunately, it’s a game of two halves."

Mark replied: "Piers I used to hate you, now I hate you even more." 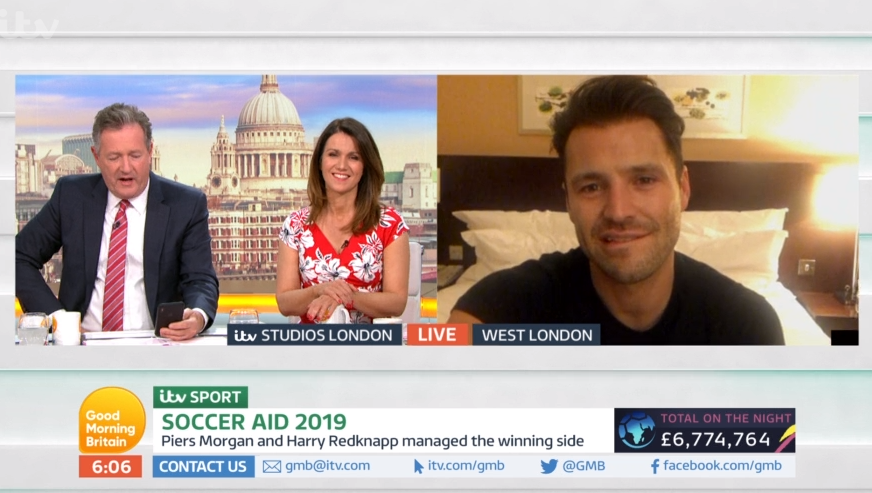 "Terrific game Mark, you played an absolute blinder. I’m so proud of you and the rest of the team," she said.

But Piers, always wanting to have the last word, joked: "You know what, you did play a blinder because only a blind man would have missed a goal by about that much."

It wasn't long before Mark, laughing, said he was going and ended the interview.

So far, it has raised £6.7million for UNICEF.