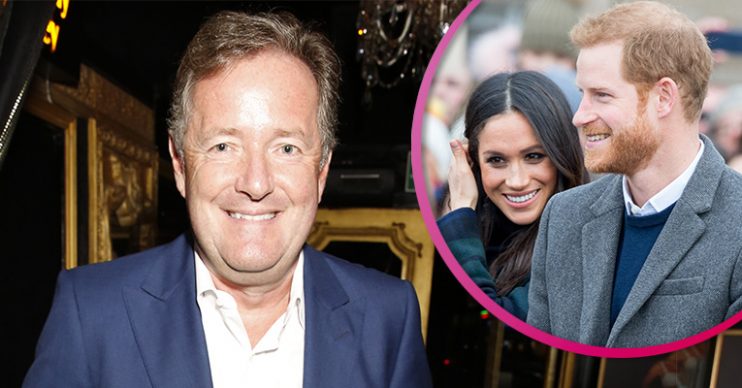 They also reportedly closed down their office at Buckingham Palace

TV’s Piers Morgan has criticised Meghan Markle and Prince Harry for reportedly sacking all of their UK staff.

It’s been claimed that the royal couple have axed all 15 of their “loyal” UK staff and closed down their office at Buckingham Palace.

Piers, 54, took aim at the “ruthless” couple on Twitter after the news broke.

He wrote: “Meghan up to her old tricks again – getting rid of people no longer of any use to her.

I’ve met some ruthless operators in my time but she’s something else.

It comes after a source told the Daily Mail that Meghan and Harry let their “very loyal” employees go.

The insider told the publication: “Given their decision to step back, an office at Buckingham Palace is no longer needed.

“While the details are still being finalised and efforts are being made to redeploy people within the royal household, unfortunately there will be some redundancies.”

Those reported to have been axed apparently include Sara Latham – the Sussexes’ communications chief – private secretary Fiona Mcilwham and assistant communications secretary Marnie Gaffney, who helped organise their tours of Australia and Africa.

A source added: “They are all good people, very loyal and brilliant at their jobs, and everyone feels incredibly sorry for them.”

Last month, Meghan and Harry made the decision to step back from the royal family and have been enjoying the quiet life in Canada with their son Archie.

The family are currently believed to be holed up at an £11million mansion on Canada’s picturesque Vancouver Island.

This isn’t the first time Good Morning Britain presenter Piers has criticised the couple this week.

He accused the couple of “exploiting” Harry’s late mum Diana’s death for money in an article for the Daily Mail.

Piers was discussing Harry’s recent speech about undergoing years of therapy to cope with his mum’s death.

Piers wrote: “Harry delivered a speech about his favorite topic: mental health. More particularly, he spoke about how he’s been undergoing years of therapy to deal with the death of his mother Princess Diana. None of this was new territory.

“Harry’s not the only person to ever lose a parent when he was young. It’s sadly happened to many millions of people, including me – my father died when I was one.

“By commercially exploiting his mother’s death to make vast pots of money like this, Harry is surely behaving in exactly the same way he professes to despise from the media?”