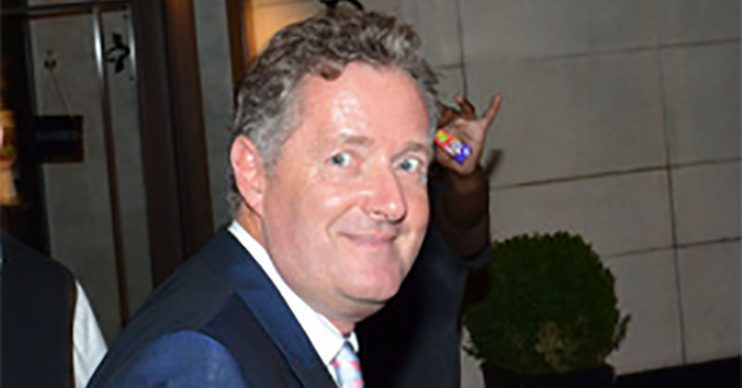 The GMB host took a jokey swipe at his beautiful wife

The GMB host, 54, joked that Celia, 44, had got in the way of the photo that showed a “very lucky” double rainbow.

As Celia posed in the ocean, looking absolutely gorgeous and toned to perfection in her black bikini, a double rainbow displayed behind her.

Piers captioned the photo with: “Jeez, you finally get to see a rare (very lucky!) double rainbow – and the wife jumps in to ruin the view.”

The pair are enjoying a family holiday in the posh Caribbean island of Antigua, regularly frequented by the rich and famous.

The wife jumps in to ruin the view

Meanwhile many of Piers some 820,000 Instagram followers put in their two cents in the post’s comments.

Read more: Piers Morgan brutally fat-shamed by his own daughter

Most appeared to take his wife’s side, and argue that the Good Morning Britain host was being overly harsh with his post’s caption.

One user joked that Celia was ‘out of his league’ by commenting: “Punching above your weight Piers.”

Another user commented: “Morgan, she’s your gold at the end of the rainbow!”

And a third wrote: “Oooh you meany think she looks lovely Piers you old grump.”

A fourth claimed: “You’re only kidding, and she’s your world really. Happy New Year to you both.”

Piers married journalist Celia in 2010 and they have one daughter together, Elise, aged eight.

The former newspaper editor has three sons from his first marriage to Marion Shalloe.

The lighthearted Instagram post comes just days after Piers admitted that he’d voted for Boris Johnson in the 2019 national election.

He told radio host Ruth Davidson: “I voted for Boris Johnson and the Conservative Party. Not from any great love of either, but because, as I have made clear on Good Morning Britain for the last three years, I was incensed by the failure to honour the result of the referendum.”