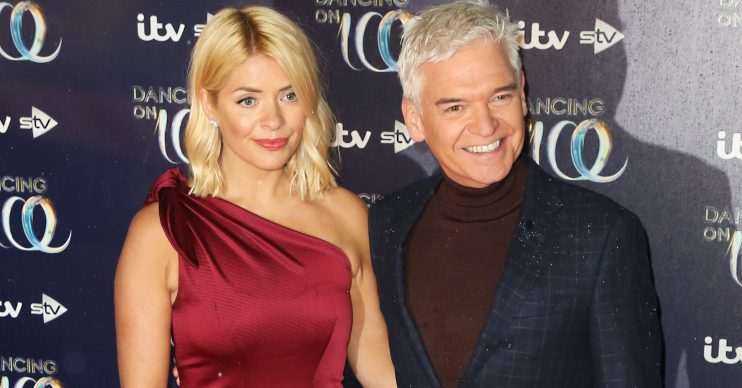 Says that there's nothing to defend

For the past week or so, This Morning presenter Phillip Schofield has been embroiled in more rumours of a ‘feud’ with co-host Holly Willoughby.

Read more: Phillip Schofield kisses and puts his arm around Holly Willoughby on This Morning amid ‘feud’ claims

Speaking to The Mail On Sunday, Phil said: “Can you imagine a feud between us ever happening? It’s not as if we have to defend anything.

Holly is the sister I never had, we think at the same speed.

“Holly is the sister I never had, we think at the same speed. It’s so organic… it’s a shame.

“Everyone who knows us, I mean, everyone at This Morning was like, ‘What the hell?’ The atmosphere in our studio is so wonderful, there’s such a lovely team. Everyone is lovely.”

After Amanda Holden made accusations against Phil earlier this year, rumours resurfaced that the relationship between him and Holly had become strained.

Things were compounded when it was claimed that Phil’s This Morning colleague, Ruth Langsford, made an official complaint against him.

ITV hit back at the rumours, saying that, “Phillip is a much-respected broadcaster and colleague and this is absolutely not a description of This Morning that we recognise.

“Holly and Phil are great friends both on and off-screen and are popular among viewers and colleagues alike.”

“There is nothing to defend, we talk to each other all the time and we won’t let this ruin our Christmas,” Holly said at the Dancing On Ice press launch earlier this week.

“It would be impossible for us to fake our relationship, the laughs. We’re two-and-a-half hours on the telly, I’m not that good an actress!’