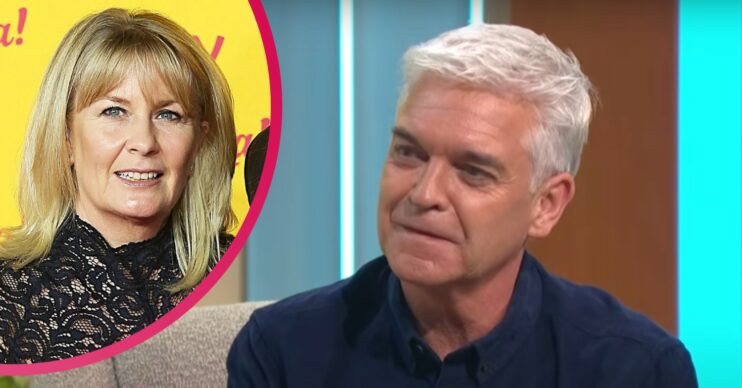 The This Morning presenter, 59, shares two daughters with Stephanie and came out as gay in early 2020.

Phil and Stephanie walked the red carpet at the Saturday (November 6) evening event, which has been recorded for ITV.

Why were Phillip Schofield and his wife Stephanie Lowe out together?

Phil and Stephanie were photographed together for Adele’s first concert in four years.

They were also snapped travelling for the event in a car together.

He wore a grey suit with a navy blue checked pattern with a white shirt and brown suede boots.

Despite their marriage split, it appears the pair are still on good terms.

In the car they were seen sharing a joke, and on the red carpet they appeared happy and relaxed as they presented a united front.

Speaking to Chris Evans in March of this year, Phillip confirmed he and Stephanie have not divorced.

He explained on the How To Wow podcast: “I’m still married to Steph. There is a great deal of talk of divorce – we have not discussed that at all.”

There is a great deal of talk of divorce.

Phillip continued: “With divorce… that has not been discussed.

Read more: Is This Morning host Phillip Schofield still married to wife Stephanie? How many kids do they have?

“I also say, is it possible to come out and not hurt your wife? No of course it isn’t. My greatest concern is that she is okay.”

Phillip also enjoyed a treat last night in the form of meeting a second Schitt’s Creek star in under a week.

A few days ago, star Dan Levy was a guest on This Morning. And, last night, Phil managed to spend some time with Dan’s co-star Catherine O’Hara.

Sharing a selfie of him and the Beetlejuice and Home Alone actress, a delighted Phil told fans: “That’s it then, life is complete!

“I’ve spent an evening with Catherine O’Hara and she’s SO SO lovely.”

An Audience With Adele will air on ITV on Sunday November 21.