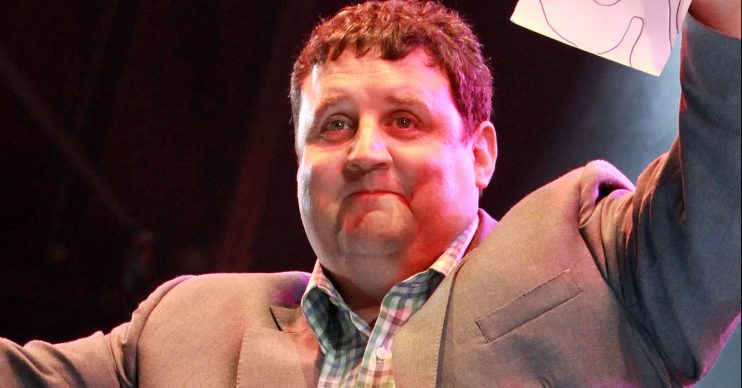 He was last snapped back in April

Comedian Peter Kay was pictured for the first time in months after breaking his silence on social media to slam a documentary about his life.

The Bolton-born funnyman, 46, took to Twitter to take aim at the Channel 5 programme Peter Kay: In His Own Words, which he said had a “misleading” title.

A tweet on the the Phoenix Nights co-writer’s account read: “Very flattering of Channel 5 to commission the programme going out tonight.

“But just to let people know that Peter Kay: In His Own Words has an incredibly misleading title, as it doesn’t feature any new interviews with Peter and all the footage is completely historic.”

Peter’s followers were quick to offer messages of support, as one tweeted back: “I think we were all hoping Peter was involved in this program and we were going to see him back, he has his reasons clearly for being away to be with his lovely family, all we can do is hope things are ok, and he will return when ready.”

Just to let people know that Peter Kay: In His Own Words has an incredibly misleading title.

Another said: “Hope all is ok for Peter and his family, [it’ll] be lovely to see you back out there in the future when your ready, the fans will be waiting.”

And Peter’s former Max and Paddy co-star, comedian Paddy McGuinness, joked: “Never mind that. When did you start speaking in the third person?”

A few hours after the tweet was sent out, Peter featured in a photo shared on Twitter.

It’s the first time he’s been pictured since April, when he posed with fans on a tram on Easter Monday.

So lovely to see the brilliant comic genius Peter Kay and his lovely family @nativityuk tonight for our final show! What a lovely surprise for us all! 💫⭐️💫⭐️💫⭐️💫⭐️ pic.twitter.com/XkzYdmeGnB

Writer and director Debbie Isitt posted a snap of herself with Peter and wrote: “So lovely to see the brilliant comic genius Peter Kay and his lovely family @nativityuk tonight for our final show! What a lovely surprise for us all!”

Over the festive period, he also posed for a pic alongside comedy duo Tommy Cannon and Bobby Ball, and X Factor star Chico, at their Peter Pan panto in Crewe, as shown in The Sun.

It follows reports earlier this month that he was “in talks” with the BBC for a new project.

In December last year, Peter was forced to cancel his first stand-up tour in eight years and take a break from work “due to unforeseen family circumstances”, with his last TV appearance coming in the final episode of Car Share in May 2018.

An insider told The Sun that a project had been “discussed”, although they admitted there was “no rush” and insisted “whatever happens will always be dictated by Peter”.