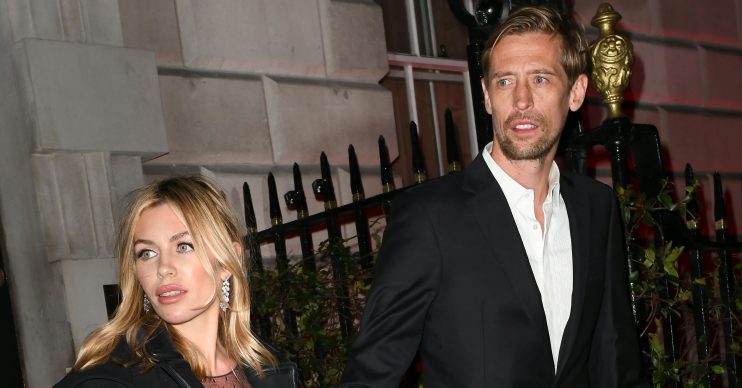 And they say romance is dead…

Former footballer Peter Crouch has opened up about a romantic holiday gesture that went so badly wrong, he and his wife Abbey Clancy almost died.

Back in 2009, the pair headed off on holiday to Sardinia, and romantic Peter decided to hire a motorboat for the two of them for the day.

He revealed that it had all started out so well, with the pair dropping anchor off Porto Cervo and sipping champagne while sunbathing on deck.

Writing in his new autobiography, I, Robot: How To Be A Footballer 2, serialised in the Mirror, Peter said that the weather took a turn for the worse and the boat’s anchor refused to budge.

Read more: Andrea Corr opens up about her heartache after suffering five miscarriages

“I tried to grab the anchor but it was snagged on something and we started to panic. The wind was sending waves thumping against the hull, swinging towards a shoreline that seemed to be made entirely of large, jagged rocks,” he wrote.

When nothing happened after putting the boat into reverse, Peter said he grabbed a corkscrew and the pair took turns hacking at the anchor’s rope to try and free the boat.

However, he added that the pair were soon covered in blood.

He said: “Soon, there were more holes in my fingers than the ropes. There was blood on the deck, panic in our throats.”

Peter added: “What had begun as a romantic gesture was turning into a horror movie and the rocks were getting closer and closer. But just as things were getting really desperate, the rope snapped and we roared away.”

It’s not the only scrape the duo – who are parents to Sophia, Liberty, Johnny and Jack – have got into on holiday.

Peter also revealed that, during a raucous night out in Crete, Abbey was looking up at her hubby who was dancing on the bar, and suddenly lost her footing.

She fell backwards down a flight of concrete stairs, “literally breaking her back”.

The model suffered a broken coccyx – a bone at the base of the spine – but it hasn’t put the pair off of taking more sunshine breaks.

The family headed off on holiday over the summer and it seems the only issue that arose was Abbey’s struggle to get a nice picture of all her family together.