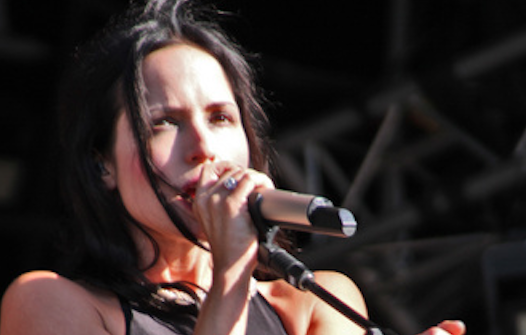 Singer describes pain as "a lot of suffering in silence"

Singer Andrea Corr has revealed she suffered five miscarriages when trying to become a parent with husband Brett Desmond.

The Irish star opened up about her heartache to the Daily Mail’s You magazine, describing the pain as “a lot of suffering in silence”.

She said: “Every time, no matter how often it happens, as soon as you discover you’re pregnant, you so quickly go into the mode of hoping and dreaming for this child – and then suddenly it’s all gone.

“Every time I’d feel so sad for a life that wasn’t there any more and also really frightened that this was it. That I’d always miscarry.”

But her new autobiography Barefoot Pilgrimage details her shattering experiences in trying to have children.

An excerpt from the Irish Independent poignantly describes how she attempted to recover – with her mother-in-law a constant source of comfort.

“I have miscarried five times,” the passage reads.

“The first and second the most devastating, as I could not see yet what… who, I would later be blessed with.

“I walked and I prayed. And my mother-in-law, Pat (a blessing in herself) prayed and lit a candle for us every day.”

Known for hits such as Runaway and Breathless, The Corrs group consists of Andrea and siblings Jim, Sharon and Caroline.

They have sold more than 40million records across the world and are tipped to reunite for a series of gigs across Ireland, the UK and the US in 2020.