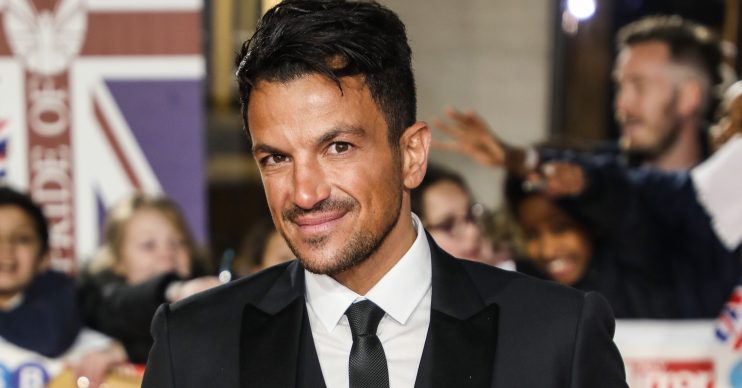 It appears she had much better luck!

TV personality Peter Andre has admitted he is definitely a meat-lover after trying out a vegan diet – and failing.

Peter, 46, and his 30-year-old wife Emily set themselves the challenge of ditching both dairy and meat from their meals for a week.

Ok so after a week of going vegan I’ve become Megan. Vegan through the week meat on weekends. Emily wins this one……for now

Read more: Peter Andre treats fans to a glimpse of daughter Amelia as she plays hockey

But by day six, it had all go too much for Australian singer Pete…who fired up the BBQ and chucked some chicken wings on it.

Admitting defeat on Instagram, the dad-of-four reluctantly declared Emily as the winner in their vegan contest.

Well, Emily went vegan and I got the BBQ going.

Sharing a video of her vegan dinner and his meat one, Pete said: “Right, so…um. Well, Emily went vegan and I got the BBQ going.”

Pete then coined the phrase ‘Megan’, which we are guessing he pronounces as ‘mee-gan’ [a cross between meat and vegan] rather than the girl’s name!

Fans were quick to comment – with many asking Pete for his recipes!

“Have you any recipes out peter as some of your meals look so good?” said one.

A second added: “Can you please post the recipes,” as another added: “You guys need to post your recipes!”

Meanwhile, it seems we might be seeing a lot more of Pete and his family, as last week he confirmed he is going to start his own YouTube channel.

So the question was ‘if you could have dinner with 3 people dead or alive, who would you pick?’ This was my kids answers 🙁 that’s it, I’m done. @officialjunior_andre

Somebody had suggested on Instagram that he and Emily should have their own reality series when Pete replied: “I will launch a YouTube channel soon I think. It’s time.”

This will be the closest fans will get to a reality series, as he called it a day with his show – Peter Andre: My Life – in 2013.