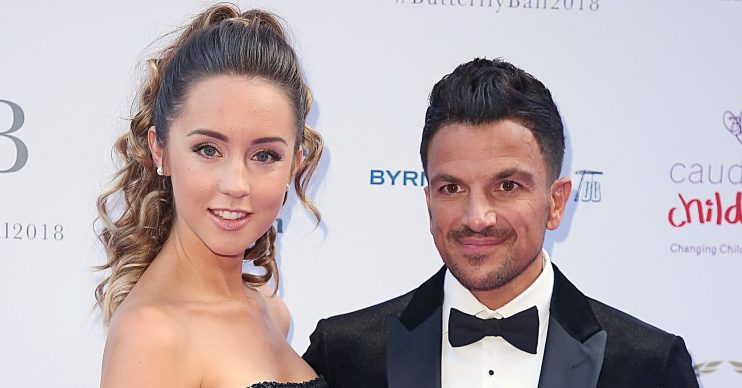 They've been married for four years…

Father-of-four Peter Andre has opened up about the difficulties he faces when it comes to spending time with his wife Emily.

The pair are parents to kids Amelia and Theo, while Pete shares Junior and Princess with ex-wife Katie Price.

Pete spends his life in the spotlight, while Emily works in a hospital as a junior doctor.

So their life is hectic to say the least.

Now Pete has revealed that he finds it “tough” to find the time to dedicate to his wife of four years.

Read more: Crown star claims the Queen “has to die” for Charles’ life to have “meaning”

It’s difficult. Keeping the balance is tough, but we make it work because we’re both providing for the family.

He told New!: “It’s difficult. Keeping the balance is tough, but we make it work because we’re both providing for the family. I think her doing more hours is brilliant because it means she’s really making her career work.”

The old romantic also revealed that the couple do have date nights, but they take some planning.

“We have date nights, though. I work my itinerary out, so there’s a lot of planning!”

Devoted family man Pete also revealed that, no matter what the job, “my family comes first”.

However, that doesn’t stop the Mysterious Girl singer embarrassing his eldest kids.

During a recent slot on Lorraine, Junior and Princess were left mortified by his dad jokes.