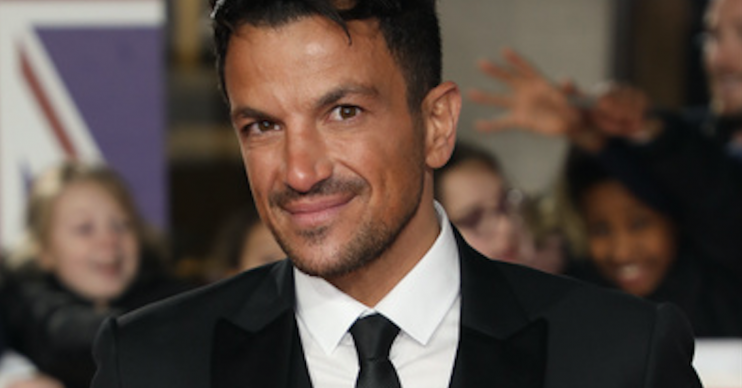 Singer Peter Andre has laughed off claims fans were banned from coming into contact with him amid fears due to the spread of coronavirus.

An apparent hoax sign went viral on social media that firmly insisted those attending a recent gig in Southampton should not touch the Mysterious Girl star to ensure Pete stays safe and well.

The joke warning was reportedly put up on Saturday, warning those attending An Evening With Peter Andre that they should not get close enough to take a selfie with him.

“Due to the recent cases of the coronavirus please DO NOT have any physical contact with Peter Andre,” the fake notice claimed.

We interrupt your usual service to make this important public health announcement. All protections against Peter Andre *must* be taken. pic.twitter.com/bdPcaGlCEs

Making its message clear, the pretend sign continued: “Please DO NOT take any selfies with Peter Andre.

“Apologies for any inconvenience. Thank you.”

I am now officially a diva without being a diva.

However, Peter made it very clear on social media today that the sign was nothing to do with him.

Addressing his followers on Instagram and Twitter, he revealed that fans had mentioned the warning to him – but he still embraced anyone that wanted a cuddle.

“Ok this must be a wind up because I hugged everyone I met,” he wrote on social media.

“People were saying to me that they had been told not to touch me and that there were signs.

“I thought they were joking. Brilliant. I am now officially a diva without being a diva.”

He concluded the post by joking: “On a serious note though don’t touch me.”

The 47-year-old further evidenced how he saw the funny side of the alleged prank by later reacting to one fan’s tweet which contained a GIF of a llama turning its nose up and the words ‘don’t touch me, peasant’.

He replied with four laughing emojis.

Also among those to react was Denise Van Outen, who commented on his Insta: “Oh Peter! Bless you.”

Indeed, the joke was so well received, the fake sign quickly became a meme on social media today, with Peter’s name trending heavily.

“We interrupt your usual service to make this important public health announcement. All protections against Peter Andre *must* be taken,” read one tweet.

Another fan joked: “Peter Andre has clearly changed his mind about getting close to the Mysterious Girl…”

And someone else tweeted: “Peter Andre has a stronger coronavirus policy than our government #coronavirusuk.”

ED! has approached a representative for Peter for comment.

Peter recently revealed his concern that his doctor wife Emily MacDonagh could contract the deadly coronavirus.

Writing in his new! magazine column: “I was at an airport last week and all the customs officers were wearing masks. It really alarmed me.

“When I first saw people in the streets wearing them I thought it was a bit extreme, but the more I see and read, the more I’m beginning to think, ‘Is it more serious than we’ve been led to believe?'”