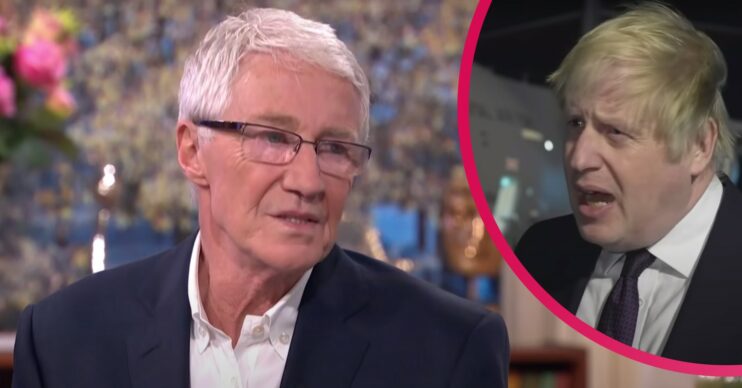 Paul, 66, removed his original post on Sunday morning (February 27) after coming in for “hassle” online.

However, thousands upon thousands of fans offered their support for the telly star, with many indicating they also backed the view he expressed in the deleted post.

Sharing a pic of dog Sausage, Paul explained he decided to remove a previous post from his account.

He wrote: “I’ve deleted my last post as having an opinion causes too much hassle so here’s Sausage saying goodnight!”

However, within twelve hours, his latest post accrued over 40,000 Likes and scores of comments from supporters.

Read more: For the Love of Dogs: Paul O’Grady has viewers all saying same thing

Many said they agreed with the opinion Paul had made clear in his original post.

Paul had expressed his admiration for the leadership of Ukraine president Volodymyr Zelenskyy, questioning whether we’d see the same in the UK Prime Minister.

He also received backing from fans for his right to communicate his view in the first place.

Fellow Insta users let Paul know he shouldn’t feel as if he has to retract his opinions.

“Nooo! You were spot on,” responded one follower.

The last few days has proven the importance of free speech.

“Don’t let people shout you down, the last few days has proven the importance of free speech.”

Someone else agreed: “Your opinion was dead on! Please don’t delete your opinions!”

And a third wrote: “No, thank you Paul. We know you are a thoroughly good soul, and you simply pointed out something many of us agree with. Lots of love.”

Another person added how they were also impressed by Zelenskyy.

“I’m in total agreement,” they commented.

“I watched the Ukrainian president last night and thought how amazing he is. Brought tears to my eyes l have to say.

“This is Paul’s page don’t come here if you want to be disagreeable. Move on.”

And someone else urged: “Keep having an opinion. Sausage is a cutie.”