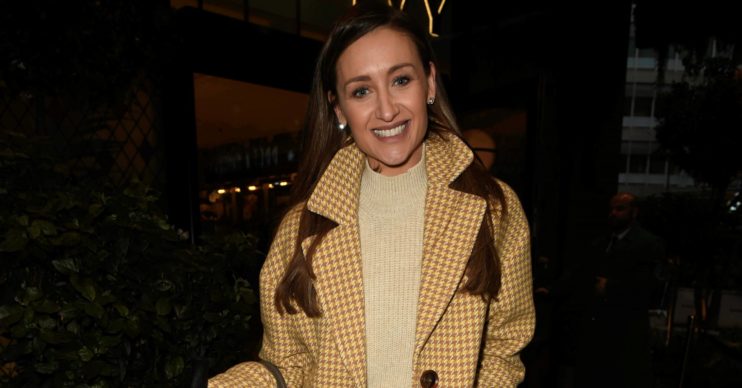 Catherine wasn't happy when he jabbed her!

Catherine Tyldesley gave her husband Tom Pitfield a playful slap after he tried to remove a splinter from her foot.

The former Coronation Street actress, who played Eva Price, posted a video of her husband attempting to make the splinter extraction.

In the video, Catherine explains she has a splinter in her foot. Tom looks up and says: “Are you serious?”

However Catherine asks to have more freeze spray put on it. As the couple have a laugh, Catherine jokes saying, “Hurt me and I’ll hurt you” but Tom laughingly tells her to shut up.

As he goes to take it out, she yells and makes the most impressive noise as she gives him a slap!

Catherine captioned the post: “Is there a doctor in the house? My [bleep] foot! @tompitfieldimages don’t give up your day job!”

One fan wrote: “The noise you made at the end before you slapped him! Lol hilarious.”

Another said: “You are hilarious!”

Today (Thursday, May 21) is Catherine and Tom’s fourth wedding anniversary.

Together the couple have a son named Alfie, who turned five back in March.

Over the last few months, the actress has been sharing her life in lockdown with her followers.

Currently Catherine is unable to work as TV productions have halted filming during lockdown.

The actress is best known for playing Eva Price on Coronation Street.

She joined the soap in 2011 but left as her character went to France for a new start with her daughter Susie in 2018.

Since leaving the show she has gone onto star in Scarborough and 15 days.

Catherine most recently competed in the 2019 series of Strictly Come Dancing.

Have you ever let your partner remove a splinter? Leave us a comment on our Facebook page @EntertainmentDailyFix and let us know what you think!