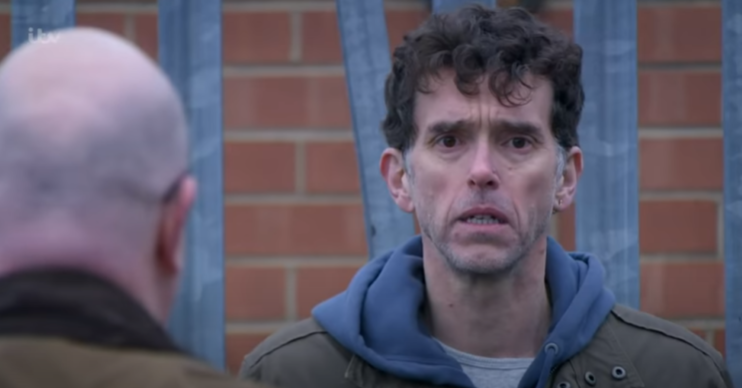 Mark appeared in the scene alongside another Emmerdale actor

Emmerdale fans were shocked when they spotted Marlon Dingle actor Mark Charnock in an episode of Classic Coronation Street.

Classic instalments of Coronation Street are currently airing on ITV3 every weekday at 2.50pm and 3.20pm.

In an episode which re-aired last week (Wednesday, May 13) soap fans spotted the famous Woolpack chef. The Marlon actor was playing PC Turner.

In the episode, which originally aired August, 9 1995, police were called to the flats where Deirdre Barlow was living.

Read More: Coronation Street fans blast ‘selfish’ Nick as he kicks off at Steve and Leanne over Oliver

Deirdre called the police after thinking she heard a prowler. However it turned out to be her young neighbour Jamie.

Jamie’s mum Tricia was out with a bloke and her son didn’t want to stay at a friends.

As the police arrived, viewers immediately recognised PC Turner as Marlon from Emmerdale.

Did anyone notice in today's #ClassicCorrie, one of the policemen who arrested Derek was Marlon Dingle, from #Emmerdale …?!

Watching #classiccorrie and Marlon Dingle shows up as a copper and nearly arrests a certain Joe Gilgun 🙈 you couldn't make it up! #Emmerdale @markcharnock @emmerdale @itvcorrie 😂 pic.twitter.com/P6Ihci3KU1

Jamie was a character on Coronation Street from 1994 until 1997. Joe joined the cast of Emmerdale in 2006 playing Eli Dingle, who is the brother of Marlon.

I didn’t know Marlon Dingle was in Classic Corrie.

Joe left Emmerdale in 2010, however Mark still remains on the show.

Since leaving the soap, Joe has gone on to have a successful acting career. He has played main characters in Misfits and Preacher, and is currently starring in Sky comedy Brassic alongside Michelle Keegan.

Jason famously played Tom Clarkson in the BBC school drama for seven years before his character was killed off.

The actor has also made appearances in Casualty and Vera.

Have you been watching Classic Corrie?

Classic Coronation Street airs every weekday on ITV3 at 2.50pm and 3.20pm.

Did you recognise Mark in Classic Corrie? Leave us a comment on our Facebook page @EntertainmentDailyFix and let us know what you think of this story.