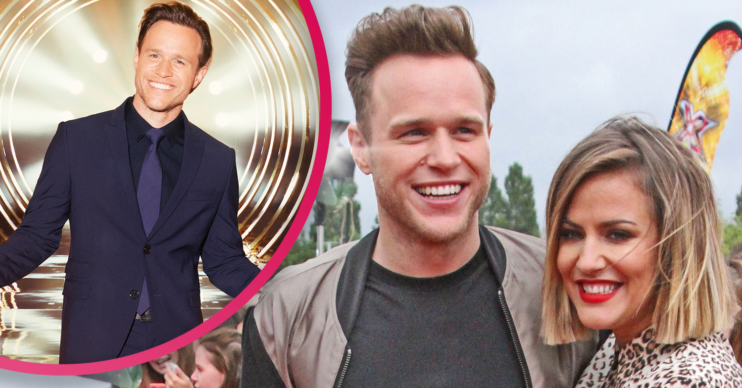 He's heartbroken and misses her

Olly Murs has admitted that he misses his friend Caroline Flack “every day”.

Not only that, Olly admits that he asks himself if he could’ve done more to help her on a daily basis too.

Olly was speaking ahead of his new presenting gig on ITV Starstruck – his first since his ill-fated X Factor hosting stint alongside Caroline in 2015.

What did Olly Murs say about Caroline Flack?

Olly told The Mirror that he loves and misses Caroline every day.

The star took her own life in February 2020.

Olly admits that now, almost two years on, he still questions if he could’ve done more to save his friend’s life.

Read more: Olly Murs admits he ‘thought the worst’ as he was rushed to hospital

Olly added: “All I can do is keep living and keep her in my thoughts. I’ll never forget Caz.”

He added that he’s “taken comfort” from a lot of people, including her mum.

Olly added that the two “speak and chat” and he said it’s “nice to be around people who loved her as much as I did”.

Caroline will be with Olly as he fronts Starstruck

Olly returns to a presenting role this weekend on upcoming show Starstruck.

It’ll be the first time he’s hosted a TV show since standing alongside Caroline on The X Factor.

The pair previously hosted Xtra Factor together to rave reviews.

He admitted that he “sort of avoided hosting” for “quite a few years” after he was axed from the Simon Cowell talent show.

And stepping back up as a presenter is a “big moment” for the singer.

Olly readily admits that he owes it all to Caroline.

He said: “I wouldn’t be the presenter I am without her. She was the real deal. People didn’t give her enough credit for what a great presenter she was.”

Head to our Facebook page @EntertainmentDailyFix and tell us if you’ll be watching Starstruck.