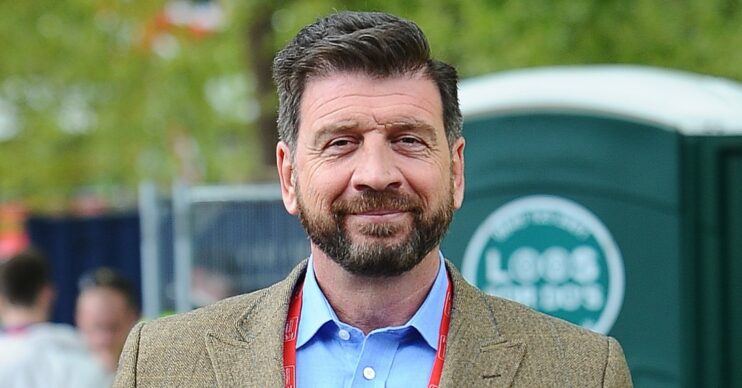 The 58-year-old presenter is off the market again

Nick Knowles has reportedly found love with a new girlfriend 27 years his junior.

The DIY SOS presenter, 58, is believed to have met mum-of-two Katie Dadzie, 31, at their kids’ playgroup.

The couple have since went public with their romance whilst out in Bath.

According to The Sun, stunning Katie is just Nick’s type.

An insider claims: “Nick and Katie have known each other for a couple of years, but it’s always been platonic.

“They actually met through their youngest offspring and went on a few playdates as pals, before romance blossomed.”

Although it’s early days, everyone is hopeful this might be for keeps

They added: “They’ve met one another’s friends and, although it’s early days, everyone is hopeful this might be for keeps.”

The publication also claims that the couple were recently spotted at a restaurant in Bath.

The presenter has been linked to a string of women over the years.

Who has Nick dated in the past?

Nick first married back in the 90s.

However, the couple went their separate ways when the kids were just toddlers.

He then had a third child, son Tyrian-J, during a two-year romance with beauty therapist Paula Beckett-Vass.

Nick has also dated TV star Suzi Perry, who he met on the set of City Hospital.

Sadly, the former couple filed for divorce in 2016.

During their bitter legal battle, Jessica accused Nick of subjecting her to “emotional cruelty, abuse and eventually isolation”.

The emotional outpouring came as she claimed he was refusing to pay six-year-old Eddie’s school fees.

Read More: Does Nick Knowles have a girlfriend? Popular presenter has enjoyed a colourful love life!

At the time, she tweeted: “After years of intimidation, emotional cruelty, abuse and eventually isolation (that I have kept silent about – of which I have diaries and images), this is the straw that broke the camel’s back.”

The presenter has also been linked to actress Gemma Oaten and reality star Pascal Craymer.