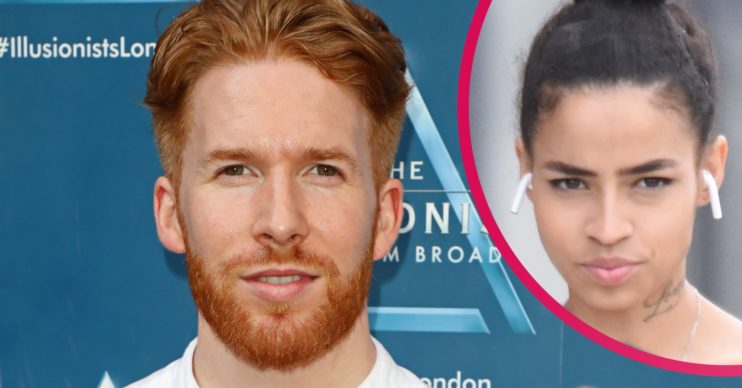 The Strictly star has moved on from his ex Katya Jones

Neil Jones has shared some very steamy photos indeed with his new girlfriend.

The Strictly Come Dancing pro, 38, has moved on from his ex Katya Jones, 31.

Taking to social media, he posted photos of them kissing in a forest.

Who is Neil Jones’ new girlfriend?

Both dressed in black, their outfits show off their heavily tattooed arms.

Sharing in view of his some 224,000 Instagram followers, Neil wrote: “Do you believe in fate? Crees en el destino?”

Several of his fans joked that the Gothic style photos were quite like the hit Twilight movies.

One user asked: “Why do these photos remind me of the movie Twilight?”

Are Neil and Katya Jones divorced?

Another user posted: “Breaking Dawn Part 3,” and a third wrote: “Wow! Like something out of a movie.”

Luisa left a gushing reply to the romantic snaps. She wrote: “With you, I believe in everything, in love at first sight, in luck, in destiny, but above all I believe in your sweet and pure love.”

They are reported to have met eight months ago during a trip to South Africa.

She has showed off lavish bouquets of flowers he gifted her as well as photos of them embracing one another.

They announced their separation in August of last year.

Both parties apologised for their indiscretions on the Strictly spin-off show, It Takes Two.

However, her marriage to Neil wasn’t able to go the distance.

It is unknown if Katya has a new man in her life. But she has given her seal of approval for Neil and Luisa.

After Neil shared an intimate photo of him cuddling up to Luisa, Katya liked the photo.

Presumedly signalling that she is happy her ex has moved on and found love again.