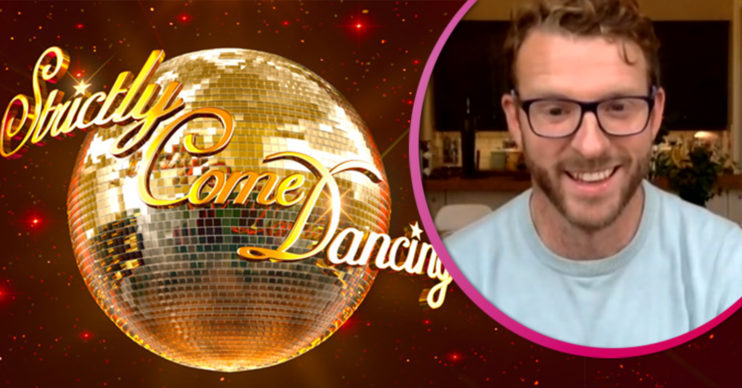 Strictly Come Dancing has announced JJ Chalmers is the eighth celebrity contestant for this year’s series.

John-James, who is friends with Prince Harry, said: “I’m always looking for a challenge and pushing myself out of my comfort zone.

What did JJ Chalmers say about Strictly?

“This is completely off the chart. It’s going to be a huge challenge but I’m looking forward to learning something brand new.”

It’s going to be a huge challenge but I’m looking forward to learning something brand new.

Meanwhile, John-James said Prince Harry is “going to have a great laugh” seeing him on Strictly.

He added: “He really is a corner stone in creating this opportunity because he created the Invictus Games.

“He should take some massive pride that one of his lads has gone on to achieve this kind of level within their new chosen field.”

In a statement, he added: “My whole life is defined by facing challenges.

Hear what he has to say about hitting the dancefloor ➡️ https://t.co/vn8NeFi106 pic.twitter.com/AtZhwlB05q

“Whether it’s becoming a Royal Marine Commando, recovering from my injuries sustained in Afghanistan to competing in The Invictus Games.

“Now as a TV Presenter I’m lucky enough to witness some of the greatest sporting contests in the world.

“Strictly is a whole different ball game in respect to the challenges I will face but I’m up for an adventure and at least my mum will know where I am!”

What did Bill Bailey say about Strictly?

The comedian said: “In these strange times we’re living through, it feels right to do something different and take on a new challenge.

“So I am delighted to be a part of this year’s unique Strictly Come Dancing.

She said: “I’m really excited to be joining this year’s incredible line-up for Strictly Come Dancing.

“I wanted to thank the BBC for supporting me and making me the first ever all female-pairing.

“It’s amazing to be a part of the movement for change, diversity and breaking boundaries in the entertainment industry.”

The presenter said: “Feels like embarking on a rollercoaster, where you really want to do it but you are equally scared.

“Hopefully after the first dance I will feel exhilarated rather than sick!”