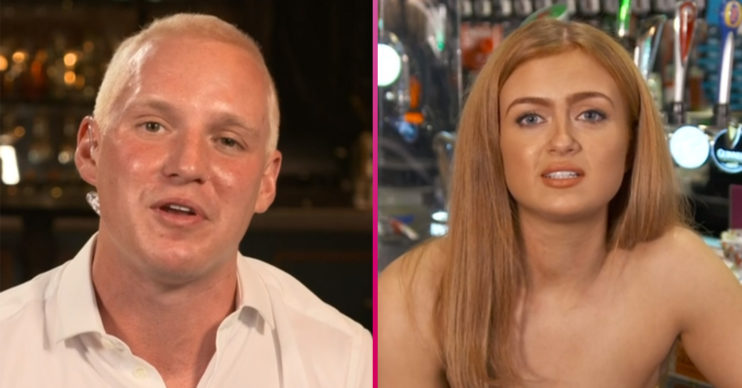 Jamie is returning after previously pulling out of a series

Jamie Laing and Maisie Smith are the ninth and tenth contestants for this year’s Strictly Come Dancing.

The pair were revealed by Holly Willoughby and Phillip Schofield on Thursday’s edition of This Morning.

Made In Chelsea star Jamie, who previously pulled out of the show due to an injury, said: “I’m really excited. I’m over the moon that I actually get to come back.

“During lockdown I joined TikTok so the only thing I’ve got going is [goes a TikTok dance].”

What did Maisie Smith say about Strictly?

She added: “I’ve got dancing experience, I’ve done a bit of hip-hop and street dance.

“But I have no technical ability. But who knows, I could be the dark horse.”

John-James, who is friends with Prince Harry, said: “I’m always looking for a challenge and pushing myself out of my comfort zone.”

Hear what he has to say about hitting the dancefloor ➡️ https://t.co/vn8NeFi106 pic.twitter.com/AtZhwlB05q

The star also said Prince Harry is “going to have a great laugh” seeing him on Strictly.

He added: “He really is a corner stone in creating this opportunity because he created the Invictus Games.

“He should take some massive pride that one of his lads has gone on to achieve this kind of level within their new chosen field.”

The comedian said: “In these strange times we’re living through, it feels right to do something different and take on a new challenge.

This year’s series will see its first ever same-sex couple with former boxer Nicola Adams signing up.