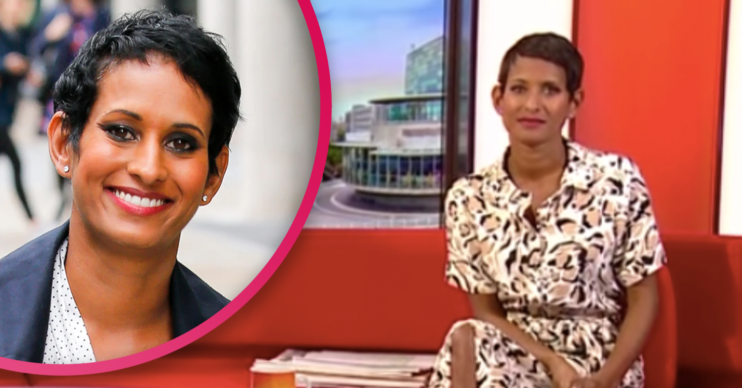 Naga Munchetty has hit back at a Twitter troll who questioned her on-screen attire.

The 45-year-old BBC Breakfast presenter decided to respond to one social media user who referred to her as “that Asian bird” and moaned she was allowed to wear “whatever the hell she wants”.

The Twitter user wrote: “I never understand why Charlie [Stayt] has to wear a formal business suit and that Asian bird seems to be able to wear whatever the hell she wants? (sic)”

The presenter – who also appeared on Strictly Come Dancing in 2016 – then replied to another now-deleted tweet that criticised Naga’s choice of shoes.

She wrote: “Paul – Three suggestions: 1. Add a picture of yourself to your Twitter profile 2. Think about what you Tweet before you write 3. I’ll leave you to guess this one… (sic)”

She said: “The only reason to be nervous is if you don’t know your stuff, if you haven’t prepared and if you haven’t done everything you can to make sure you have the answers.

“If you’ve done your side of the work, that takes nervousness out of it. When you talk about the storm, I hate injustice, I get so angry if people aren’t fair.

“I have no issue with being criticised, [if] I am being told off by my boss for doing something wrong, absolutely not a problem.”

She added: “I don’t mind if on social media there is constructive criticism like, ‘I feel you didn’t ask this question, I feel like you didn’t push that hard enough’ that’s fine.
“When someone abuses me, I’m going to come back at them with two barrels, I’m just not having it.”
Head to our Facebook page @EntertainmentDailyFix and tell us what you think of our story.
Share Share Share