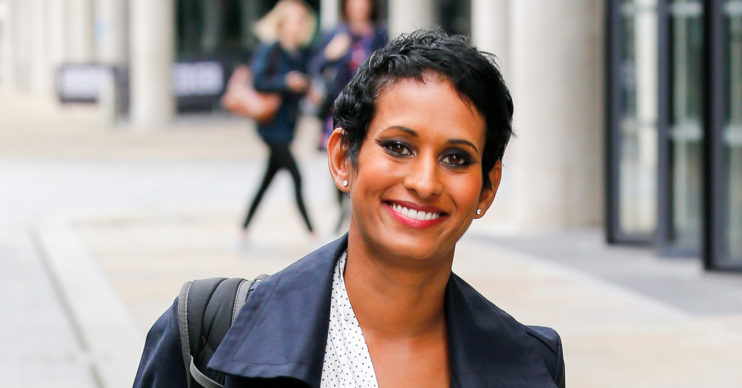 The presenter had the perfect response to a ridiculous comment

BBC Breakfast star Naga Munchetty has hit back at an online troll who criticised her for wearing high heels.

And her fanbase can’t get enough of it. The broadcast journalist, 45, clapped back at a Twitter user who took offence to her towering stilettos.

The user tweeted: “I’m not known for my own sartorial elegance but why would anyone like Naga Munchetty feel the need to wear high-heeled shoes like these on a BBC TV breakfast news programme? Discuss…”

Naga defiantly replied in view of her 198,000 Twitter followers: “Because I want to.”

Because I want to. https://t.co/eDQVCkTPGR

The BBC star was lauded for her straight to the point comeback.

Read more: Love Island contestants will be ‘tested for COVID-19’ this summer

Another user praised: “Seriously, that was such a dumb question, and a perfect answer.”

A further user replied: “Good on you Naga. Wear what you like. You always look stunning. But more importantly carry yourself like a true professional. Ignore the idiots.”

And yet another commented: “I was watching @BBCNaga with utter shoe envy this morning! Always refreshing to see how our female journalists continue to have to defend their sartorial choices… #casualsexism.”

In fact her response has already been retweeted over 18,000 times and garnered over 278,000 likes.

She even clarified that the trendy shoes are Jimmy Choos.

She admitted that she originally thought feminism was extreme but after debating the subject with a professor while at university – she absolutely sees herself as one today.

She wrote: “I’m pleased to say that I have embraced my feminism.

“My husband proudly declares himself a feminist, as do many of our friends, male and female – I think it’s very hard not to.”

Naga gained headlines last year when she accused President Trump of making a comment that was “embedded in racism”.

The BBC went on to declare that her comments had breached guidelines.

She later told The Guardian that she stood by her comment, and that “very positive things” had come out it.

She told the paper: “What it has done is raise an uncomfortable conversation that needed to be raised.”