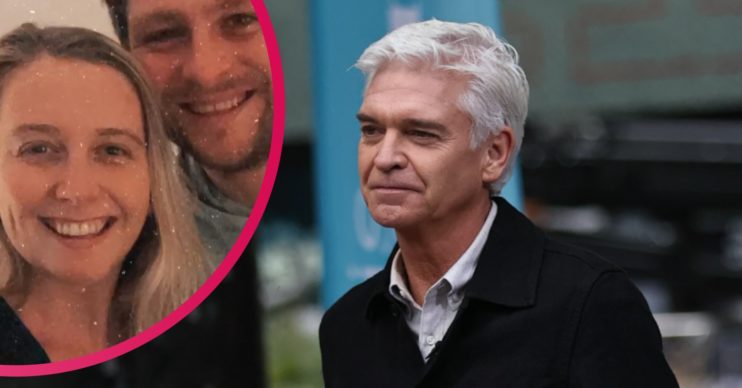 The couple have been dating since 2018

Molly Schofield, daughter of TV’s Phillip Schofield, is celebrating a huge milestone with her partner this week.

The 28-year-old appeared elated as she revealed on Instagram that she’s taking the next step with boyfriend Will Grieveson.

Taking to her Instagram Stories on Friday (April 2) evening, the assistant talent agent posted a snap of herself and Will beaming.

Molly has been dating Will since 2018.

Since then he’s reportedly become part of the family, getting on well with Molly’s younger sister, 26-year-old Ruby, This Morning host Phil and mum Stephanie Lowe.

It’s happened! We’ve moved in together.

She wrote in the caption: “Happy Valentine’s Day @willgrieveson. Thanks for putting a smile on my face ALWAYS, and being my voice of reason when I’m feeling low.

“This photo sums us up perfectly, and you can very quickly turn my frown into a belly laugh. [That] happened shortly after this photo was taken. Love you xxxx.”

It’s another milestone for dad Phil to celebrate, as he also marked his birthday this week.

He documented the day on Instagram, offering fans a glimpse of his celebrations at work, which included a huge birthday banner.

Phil also enjoyed a fry-up breakfast and later, a load of balloons in his This Morning dressing room.

And he appeared delighted to receive a homemade sponge cake featuring three candles and white icing.

The TV star later told fans that his friend and This Morning co-host Holly Willoughby‘s three kids actually made it.

Phil posted a snap of the delicious-looking creation and wrote across it: “Cake made by Holly’s Harry, Belle and Chester.”