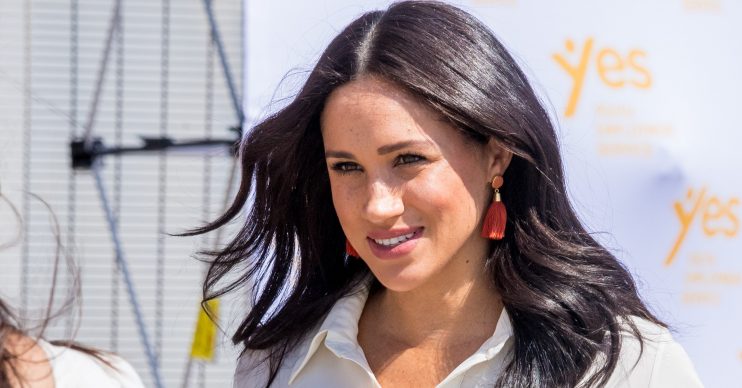 Royal fans have joked the Duchess of Sussex has quit her role in the royal family to play herself in The Crown.

Meghan and her husband Prince Harry announced on Wednesday that they will be stepping away from their roles as “senior royals” and will work to become “financially independent”.

The mother-of-one gave up her acting career when she met Harry and joined the royal family following their wedding in May 2018.

After the news broke yesterday, many people took to Twitter to joke Meghan could try and bag a job in the Netflix series playing herself.

One person said: “Genius move by Prince Harry and Meghan – it’s clear that this is all being arranged so that Meghan gets the lucrative contract to play herself in The Crown.”

Another wrote: “Imagine the scenes if Meghan Markle played herself on the Crown. Legendary.”

A third added: “I can’t wait for The Crown S8 with Meghan Markle as herself. Do it Netflix.”

Genius move by Prince Harry and Meghan – it’s clear that this is all being arranged so that Meghan gets the lucrative contract to play herself in The Crown.

Imagine the scenes if Meghan Markle played herself on the Crown. Legendary.

I can’t wait for The Crown S8 with Meghan Markle as herself. Do it Netflix.

However, one of the show’s producers has said the programme will “probably” never reach the point where it features the current news going on.

Suzanne Mackie told the Press Association news agency: “To be honest, whatever the life of The Crown is after where we are now, I doubt we’ll ever go as far into the present day.

I think we’ll probably – we won’t travel into the present day.

“I think we’ll probably – we won’t travel into the present day.”

Meanwhile, Bookies Paddy Power have placed odds on Meghan returning to acting at 5/1.

It comes after the couple said in a statement posted to their Instagram account: “After many months of reflection and internal discussions, we have chosen to make a transition this year in starting to carve out a progressive new role within this institution.

“We intend to step back as ‘senior’ members of the Royal Family and work to become financially independent, while continuing to fully support Her Majesty The Queen.”

Read more: Meghan’s dad Thomas Markle breaks silence on news her and Harry will step away from royal family

They added: “It is with your encouragement, particularly over the last few years, that we feel prepared to make this adjustment.