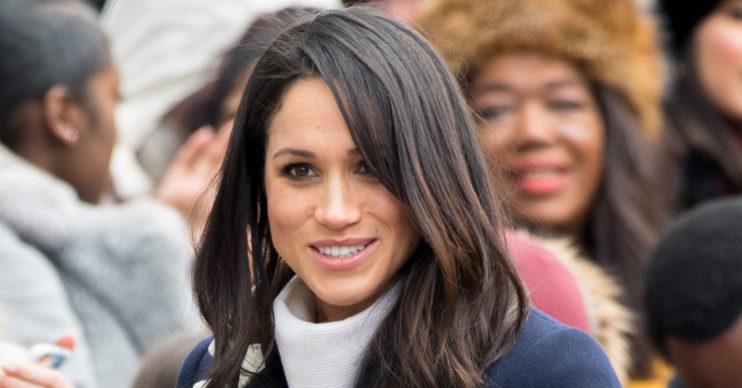 She reportedly “disappointed” the Queen this week by turning down an invite to Balmoral.

Now a new documentary has asked how Meghan Markle went from “adored to insufferable in less than a year”.

Australian news magazine show 60 Minutes is set to run a segment on the supposed downfall of the Duchess of Sussex this weekend.

Taking to Twitter, they posted the trailer for the show using the hashtag “#Megxit”.

#Megxit! How Meghan Markle lost her sparkle. From adored to insufferable in less than a year. What went wrong for Meghan, and how it affects hubby Harry. SUNDAY on #60Mins: Inside a Royal crisis. Can the ghost of Princess Diana save a fairytale? pic.twitter.com/dHtiPdwa7j

Various stars can be seen talking about the new mum in the trailer, including Katie Hopkins, who has made no secret of her dislike for Meghan in the past.

She one branded the wife of Prince Harry “nasty”.

Meghan Markle is Nasty. She has made Prince Harry more boring than my mother in law. And she’s dead. https://t.co/GbsQJOySww

Speaking in the trailer, Katie called Meghan “a no one”.

She added: “She wears bad clothes. When did we ask for that?”

Katie didn’t hold back and called Meghan “the biggest hypocrite there is”.

She added: “There she is in her one-shoulder dress being glowing – all she does is glow.”

She also had some words of advice that she aimed at the duchess: “Abdicate, off you go, whoop whoop.”

You: “I don’t agree with everything you say but…” Me: “Can I stop you there? When did I ever ask you to agree with me …” Opinions are not right or wrong. If someone holds a different opinion to you it does not make you right. Or them wrong. It makes them interesting.

Katie also teased the show on social media. She tweeted: “My views on The Monster Markle coming this Sunday @60Mins. You don’t want to miss it. It is going to be huge.”

The Twittersphere quickly responded to the trailer, calling it a “witch hunt” against the duchess.

These people are insufferable. This makes 60 minutes Australia look bad, not Meghan.

60 Minutes you need to apologize for this episode! Some of your sources were less than credible – sensationalist garbage to say the least. You are hounding her just as the press hounded Diana. Shame on you.

Shame on you! You realise @KTHopkins is nothing more than a trashy wannabe with the morals of a snake and a BIG Trump supporter! At least #MeghanMarkle is doing something positive despite the scrutiny and the media beat ups. Slow news week? Why not focus #BrexitShambles

I wouldn’t say that Meghan has lost her sparkle. She is still adored by so many people. We still love her very much. Meghan, Harry and Archie are very popular and that popularity will likely increase with their upcoming tour. This is just a case of someone starting trouble.

News of the show comes as Meghan and Harry hired a PR firm who once represented Harvey Weinstein and Michael Jackson.