The Duke and Duchess of Sussex visited Westminster Abbey’s Field of Remembrance on Thursday morning ahead of the national Remembrance Sunday ceremony.

Meghan, who was making her first ever appearance, was dressed all in dark blue as she arrived to meet D-Day veterans with husband Prince Harry, who was in his Household Cavalry uniform.

The couple were supposed to be joined by Camilla, Duchess of Cornwall, however she had to pull out of the engagement due to illness. 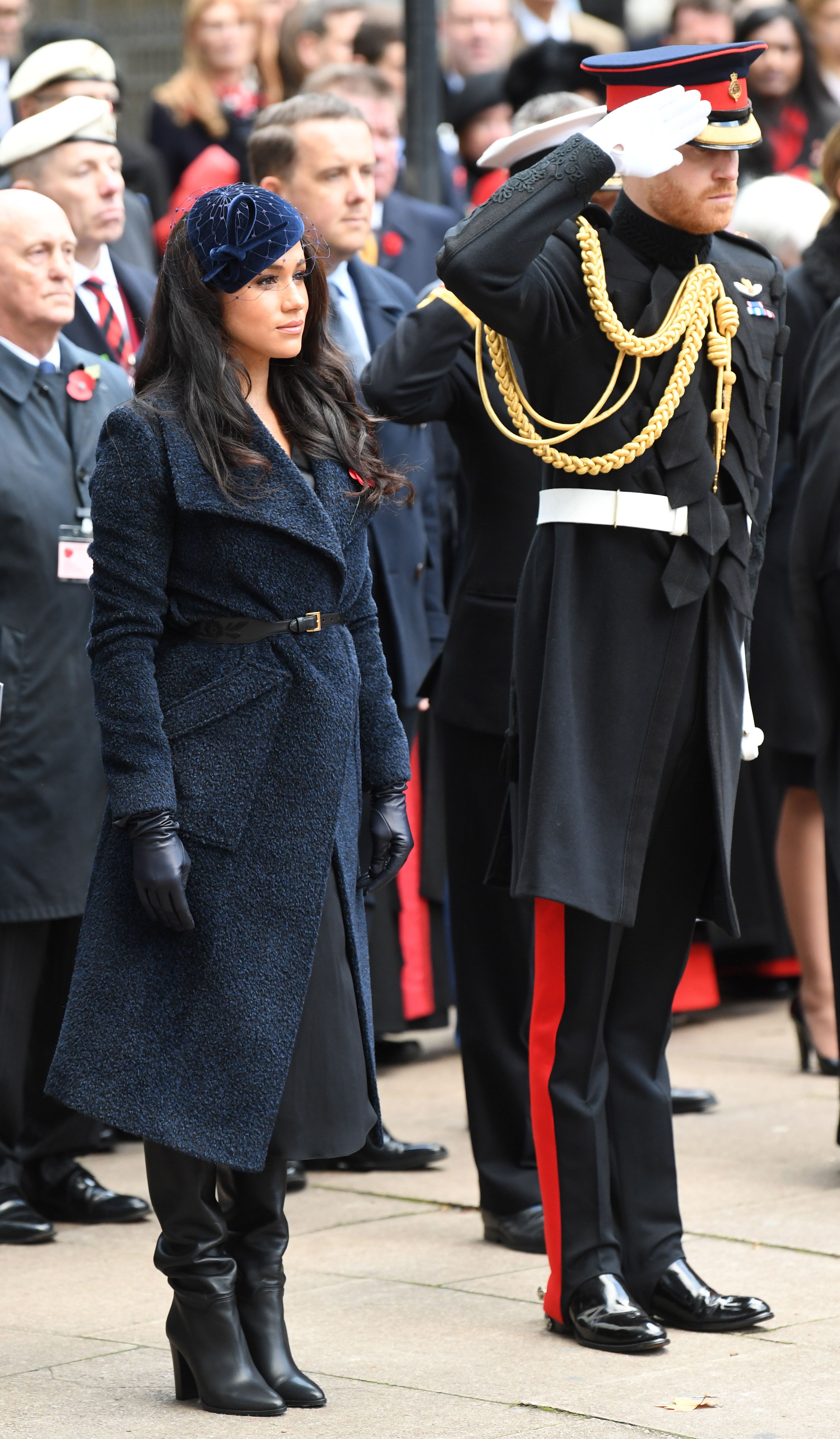 Shortly before her scheduled appearance, Camilla announced she could not attend because of a chest infection.

A statement released by Clarence House read: "The Duchess of Cornwall has been told by her doctor to cancel her engagements owing to a chest infection which has got progressively worse over the last few days.

"She will therefore not be at today's event with Harry and Meghan."

The Duke and Duchess of Sussex arrived at the 91st Field of Remembrance just before 11am today. 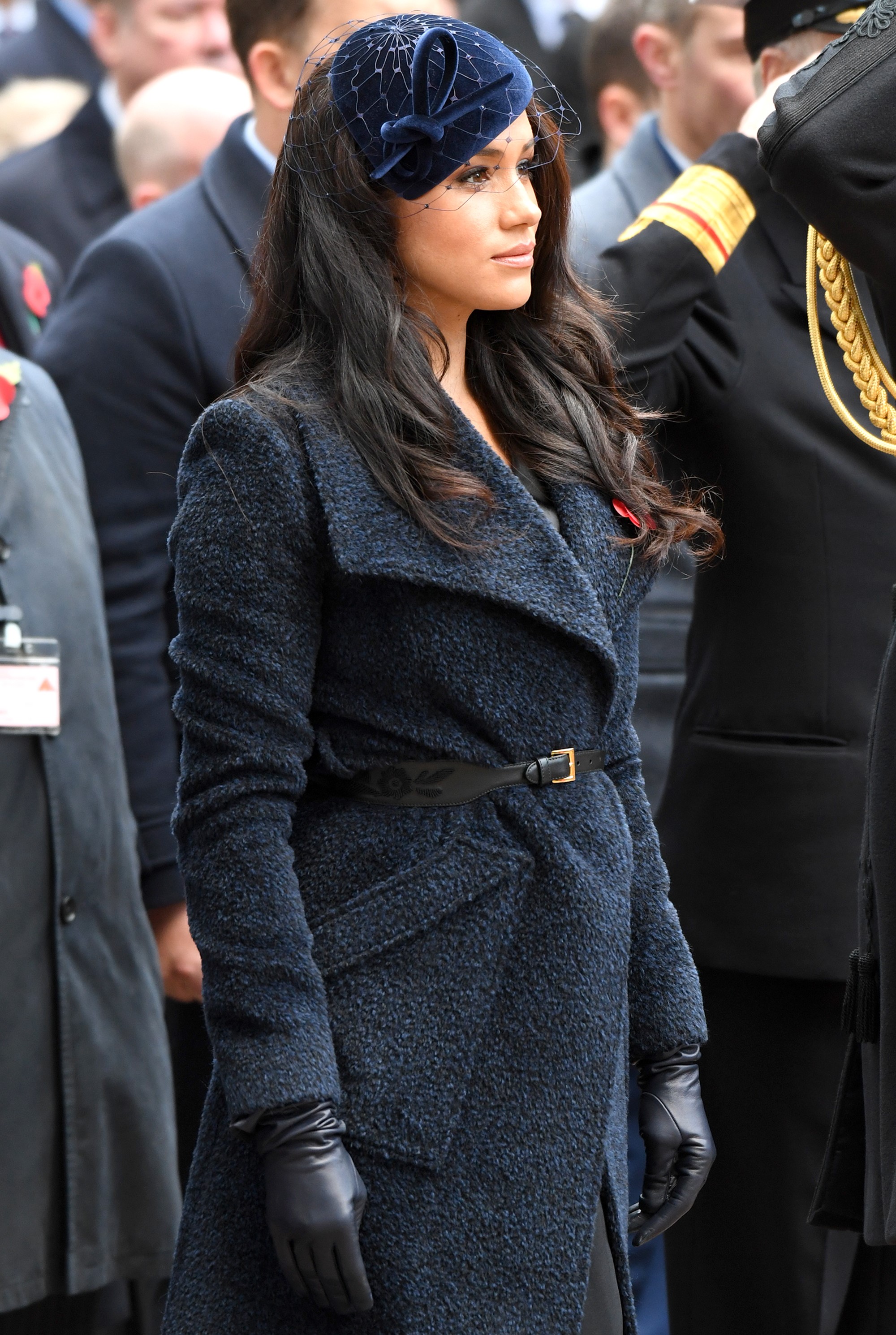 This is Meghan's first Field of Remembrance appearance (Credit: Splashnews.com)

During the engagement, Meghan and Harry viewed the plots of tiny crosses erected by regiments, military units and other organisations associated with the First World War and other conflicts.

They also placed crosses of Remembrance and held a two-minute silence after the Last Post sounded.

During their visit, the couple will meet veterans from all areas of the Armed Forces including the 22 D-Day veterans.

This weekend, the couple will join the Duke and Duchess of Cambridge to attend the annual Royal British Legion Festival of Remembrance at the Royal Albert Hall.

It's been said the royals will also attend the annual service and wreath laying at The Cenotaph, a war memorial on Whitehall in London. 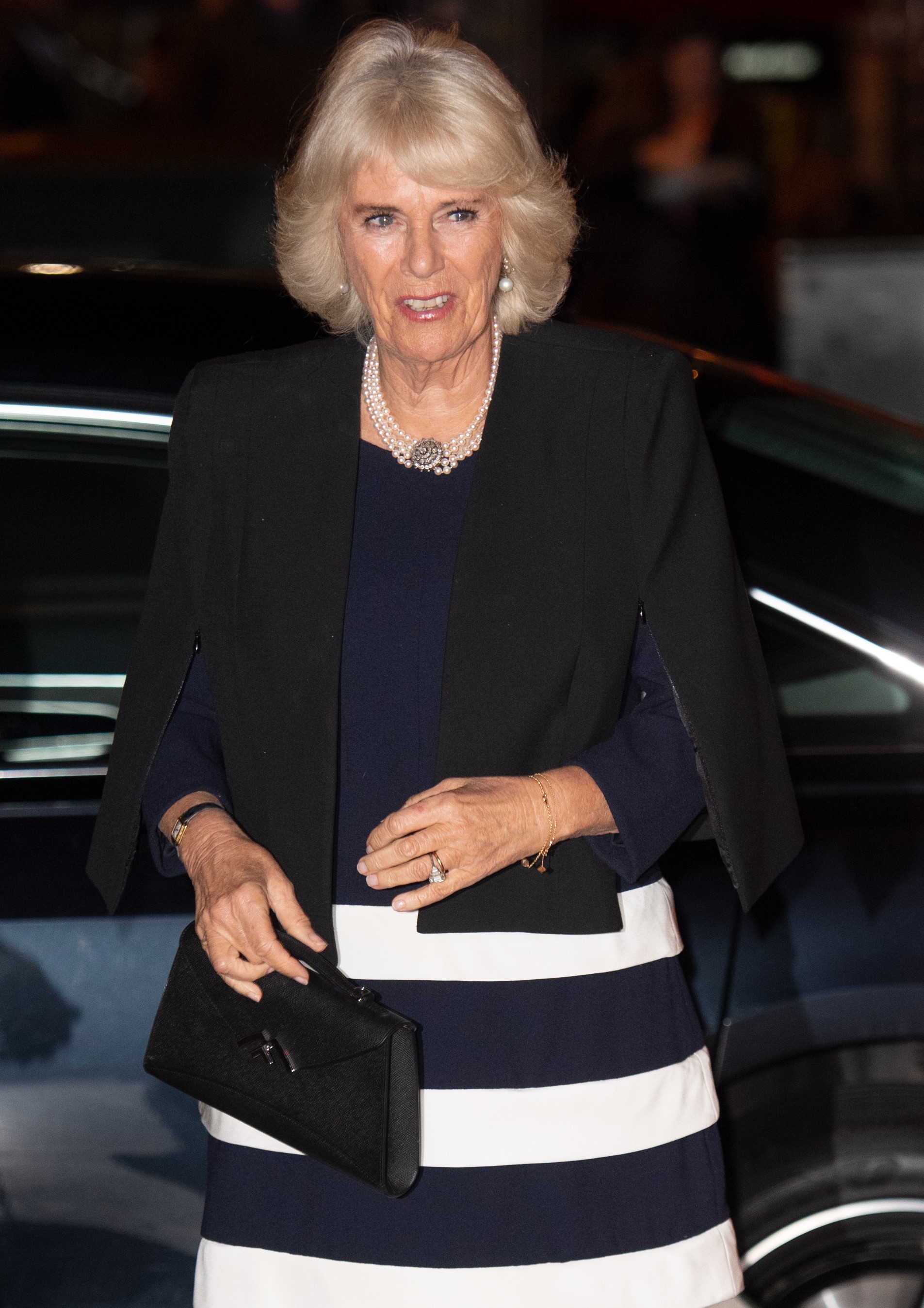 Camilla pulled out of the engagement due to illness (Credit: Splashnews.com)

Read more: Meghan 'vows she will have her and husband Harry's next baby abroad'

The Field of Remembrance has been organised by The Poppy Factory and has been held in the grounds of Westminster Abbey since November 1928.

There are now approximately 70,000 crosses produced by the Factory team each year, which are then planted on more than 360 plots.

The Field is opened every Thursday before Remembrance Sunday and is open for 10 days.