Fans are convinced the Duke and Duchess of Sussex were "cut out" of a family photo of the royals during the Festival of Remembrance.

Kensington Palace posted a string of photos from the event, which took place on Saturday, including one of the Duke and Duchess of Cambridge alongside the Queen.

Prince Charles, his wife Camilla and Princess Anne were also seen in the picture. You can see it here. 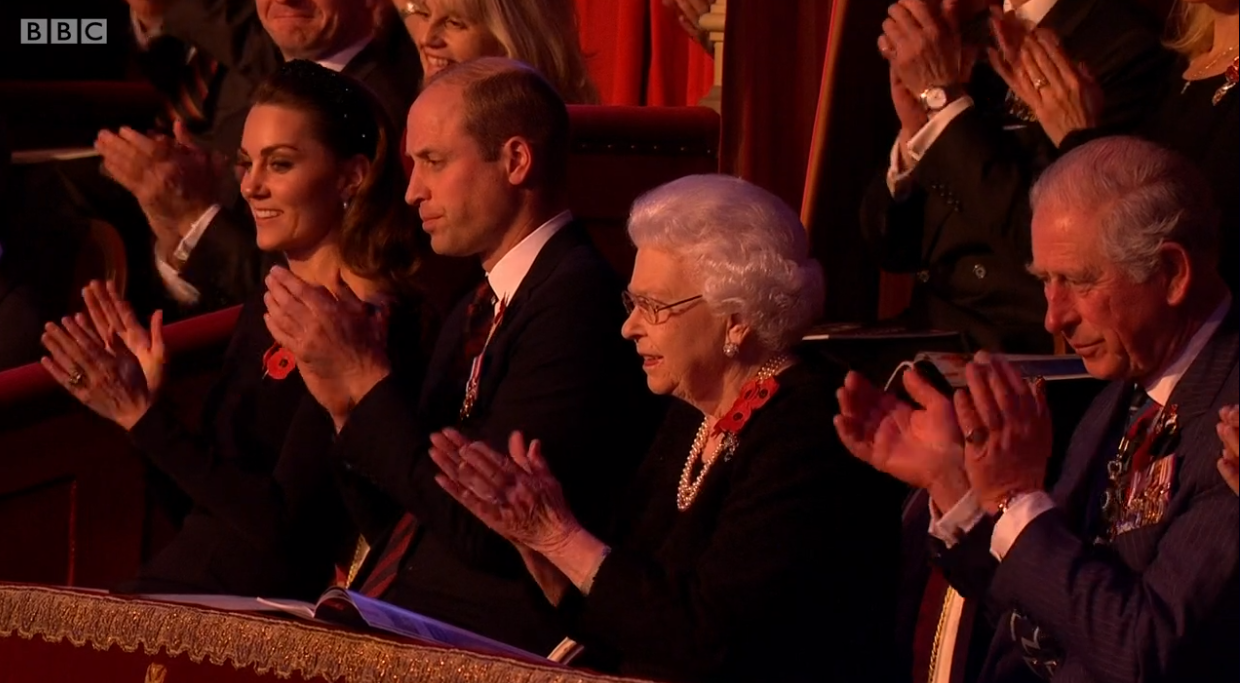 Kate, William and Charles were sat next to the Queen (Credit: BBC)

Read more: Why Prince Harry and Meghan didn't sit with Prince William and Kate at the Festival of Remembrance

However, the photo appeared to be cut off just where Prince Harry and his wife Meghan were standing.

The couple were seated in the row behind Kate and William on the opposite side of the royal box.

Why must everything be a battle or competition?

Many fans were quick to ask why Meghan and Harry weren't visible in the image.

One person said: "They cut out Meghan and Harry in the pic? How nice."

Another wrote: "Where is Meghan and Harry?" 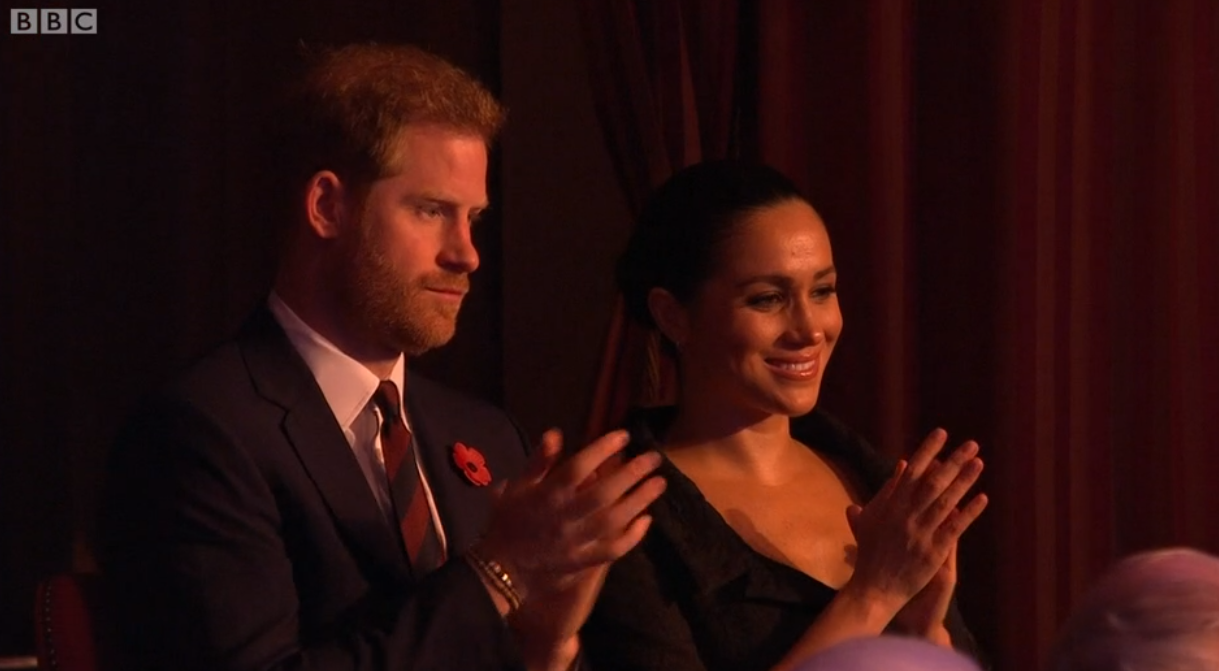 Harry and Meghan were sat behind the Queen (Credit: BBC)

A third commented: "Don’t think we didn’t notice how Meghan and Harry are cropped out of the balcony photo."

However, others were quick to slam the trolls.

One person said: "How sad that some trolls are using this important occasion to show us their vile side."

Another added: "Why must everything be a battle or competition? Leave these brothers alone!"

One wrote: "Kate and William aren't in charge of running or posting on this account so please stop." 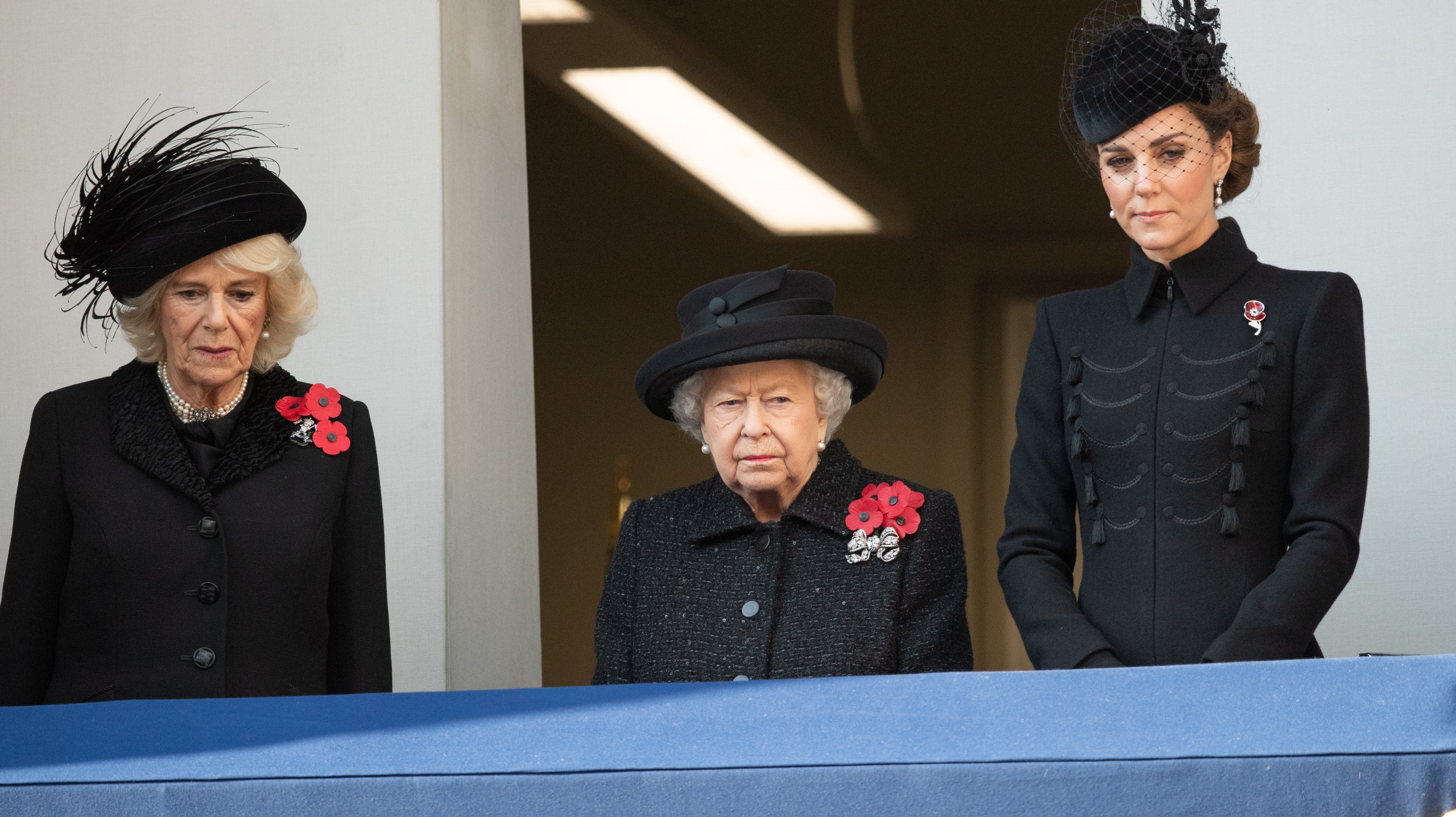 Camilla, the Queen and Kate at the Remembrance Sunday Service at the Cenotaph (Credit: Splashnews.com)

Read more: The Queen wipes away a tear during emotional Remembrance Sunday ceremony

During the Festival of Remembrance, some viewers questioned why the two couples were sat on opposite sides of the royal box. And there's a very simple explanation for it.

The Royal Family were positioned in order of precedence, with the Queen sat in the centre of the front row.

Harry, who is sixth in line to the throne, and Meghan were seated in the row behind. 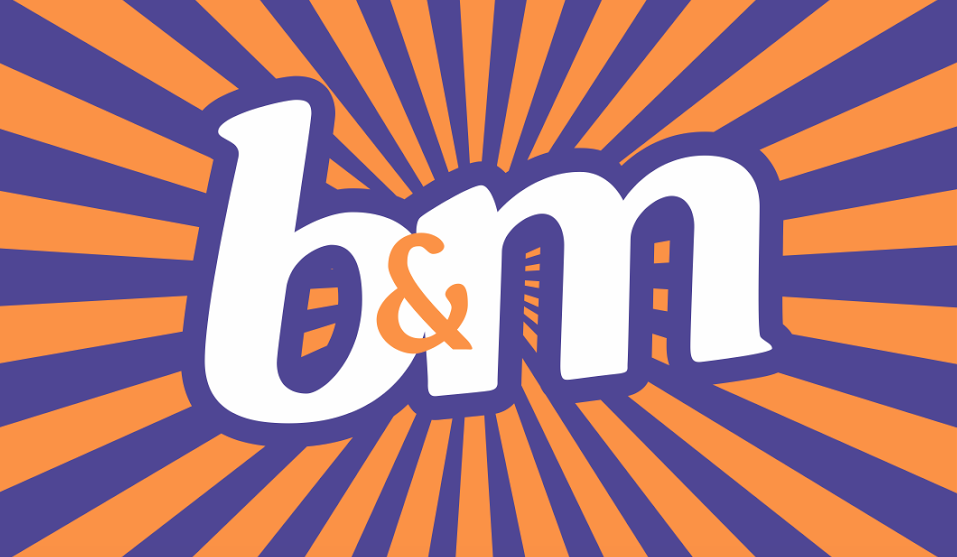