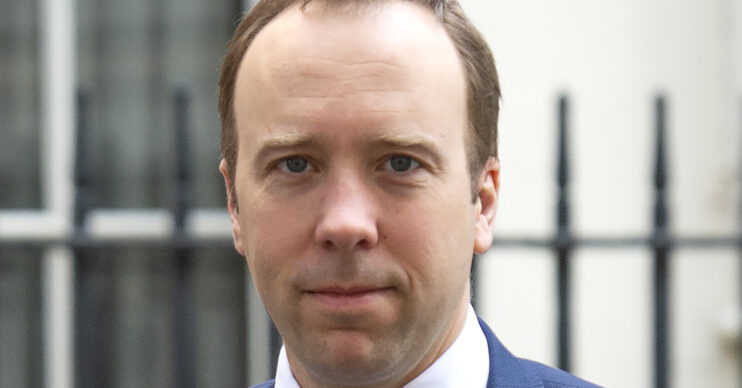 In latest Matt Hancock news, it is being reported that CCTV was ‘deliberately switched’ at the Whitehall building where Matt Hancock was caught kissing Gina Coladangelo.

According to a new report in the Evening Standard, a source believes philandering Matt Hancock was “stitched up”.

A senior Whitehall insider told the paper: “We all think Matt Hancock was really stitched up on this.”

Which way did the camera usually face?

Apparently the camera originally covered the views from a glass door and balcony.

This was regarded as a security ‘weak spot’ and helped provide coverage for extensive space overlooking the ministerial office.

However, the camera must have been moved to point the other way in order for Matt and Gina to having been filmed embracing.

And an internal investigation is supposedly now taking place to decipher how the camera was moved.

It may have been an accident during building work or it could have been a deliberate ploy by a spy.

Some 36 hours after the story broke, Matt Hancock handed in his resignation.

He apologised for not abiding by the no-hugging social distancing rule.

His resignation speech included: “I have been to see the prime minister to resign as secretary of state for health and social care.

“I understand the enormous sacrifices that everybody in this country has made, that you have made, and those of us who make these rules have got to stick by them and that’s why I have got to resign.”

“I want to reiterate my apology for breaking the guidance.

“And apologise to my family and loved ones for putting them through this. I also need (to) be with my children at this time.”

Matt is believed to have subsequently left his wife of 15 years, Martha Hancock.

Together they share three children and a home in Little Thurlow as well as one in North London.