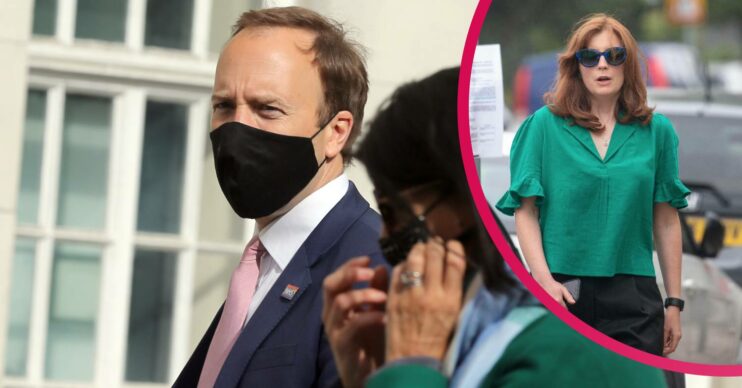 Martha Hancock is believed to be experiencing long Covid symptoms after catching the virus from her husband.

Matt Hancock has given wife Martha Hancock long Covid, according to reports.

In his resignation statement, the MP said that he accepted that he had “breached the social distancing guidance”. He also asked for privacy for “this personal matter”.

Now, according to The Sunday Times, Matt Hancock’s wife Martha is believed to be experiencing long Covid symptoms after catching the virus from her husband.

Matt Hancock previously tested positive for coronavirus back in March.

Matt Hancock told wife Martha that their 15 year marriage was over on Thursday night last week. This was before the release of the video that showed him kissing aide Gina in his ministerial office.

Gina Coladangelo’s husband is businessman and entrepreneur Oliver Tress. The 54-year-old is the founder of high street fashion and homeware store Oliver Bonas.

Friends have allegedly said that Matt Hancock’s marriage to Martha, who works as an osteopath, “is now over” and that he and Gina are a “love match” who are likely to set up home together.

Martha and Matt Hancock have three children together – two sons and one daughter.

The names and ages of their children are unknown as their parents prefer to keep them out of the public eye.

What has Martha, the wife of Matt Hancock, said about the affair?

Speaking to The Sun, an anonymous family friend told the paper that Martha has “behaved in an incredibly dignified way” since the affair was revealed last week.

“She’s emerging from this as a woman of real class.”

Martha Hancock was still wearing her wedding ring over the weekend following the news of her husband’s affair.

However, after Matt Hancock resigned as Health Secretary on Sunday, prime minister Boris Johnson said he considered “the matter closed”.