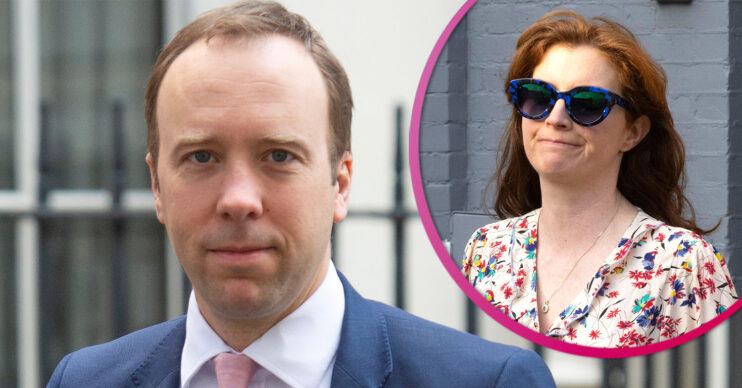 Hancock and his wife Martha have three children

Matt Hancock has three children with his wife Martha, and reports claim he woke up his youngest to say he was leaving amid his ‘affair’.

Hancock resigned as Health Secretary at the weekend after CCTV footage emerged showing him kissing aide Gina Coladangelo in his ministerial office.

However, according to reports, Hancock told Martha he was leaving her after realising the kiss was about to be revealed.

How old are Matt Hancock’s kids?

Hancock and Martha have three children – two sons and one daughter.

Their names and ages are unconfirmed as they’ve been kept away from the limelight.

However, reports claim their youngest is eight years old.

Has Matt Hancock left his wife?

According to The Sunday Times, the MP told Martha their 15-year marriage was over on Thursday night, before photos of him and Coladangelo emerged.

It’s also reported that Hancock woke up their youngest child to say that he was leaving.

Osteopath Martha was recently pictured outside her London home as she took the family dog for a walk.

Meanwhile, friends claimed Hancock and Coladangelo have been having an affair for six weeks.

They’ve apparently said things are “serious” between the pair and it’s a “love match”.

According to The Sunday Times, the pal said they’re even “setting up home” together.

On Saturday (June 26), Hancock announced he had resigned as Boris Johnson‘s Health Secretary.

In a letter to the prime minister, he said: “I want to reiterate my apology for breaking the guidance and apologise to my family and loved ones for putting them through this.

“I also need be with my children at this time.

“We owe it to people who have sacrificed so much in this pandemic to be honest when we have let them down as I have done by breaching the guidance.”

Read more: Matt Hancock: Wife Martha puts on a brave face amid claims Hancock is ‘setting up home’ with Gina

His resignation came after there were calls for him to be sacked following the footage emerging.

ED! has contacted reps for Matt Hancock for comment.