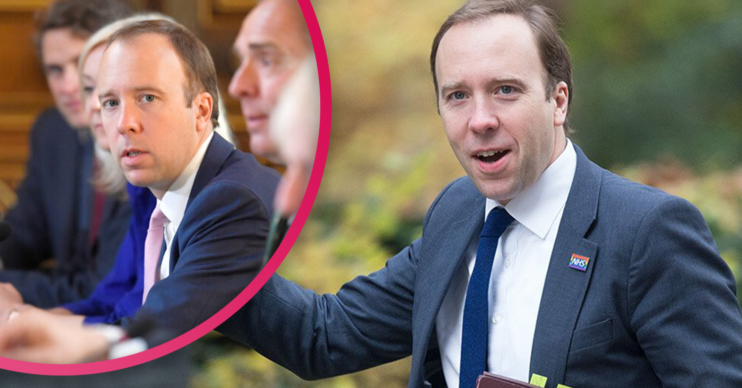 Matt Hancock has issued an apology after CCTV images showed him kissing his closest aide.

Earlier today (June 25), CCTV images were leaked to the media which appeared to show the Health Secretary in a steamy embrace with Gina Coladangelo, 43, outside his Whitehall office.

Now the man himself has broken his silence amid calls from Brits for Boris Johnson to sack him.

What did Matt Hancock say in his apology?

Matt doesn’t appear to have sent a public apology to wife Martha, who is the mother of his three kids.

Instead, he has issued the apology to the country.

The CCTV images were apparently taken on May 6 – almost two weeks before Brits were told they were allowed to hug.

He said: “I accept I breached social distancing guidance in these circumstances.

“I have let people down and am very sorry.”

Hancock did mention his family in the apology, though.

He pleaded for “privacy” and said it was a “personal matter”.

He said: “I remain focused on working to get the country out of this pandemic and would be grateful for privacy for my family on this personal matter.”

How has Matt Hancock’s wife reacted?

They have one daughter and two sons, with their youngest child being born in 2013, which would make them around the age of eight.

Gina Coladangelo is a government communications director and lobbyist and Hancock’s closest aide.

He hired her last year with tax payers’ money.

So will he be fired?

As ED! revealed earlier, Brits are calling for Hancock to be fired by the PM.

However, some think that Boris – himself accused of numerous affairs – won’t pull the plug on the Health Secretary’s job.

One tweeted: “Only Boris can sack him and he can’t can he with his record of affairs in the office and elsewhere? I think Hancock is quite safe.”

So what do you think of his apology? Head to our Facebook page @EntertainmentDailyFix and tell us.