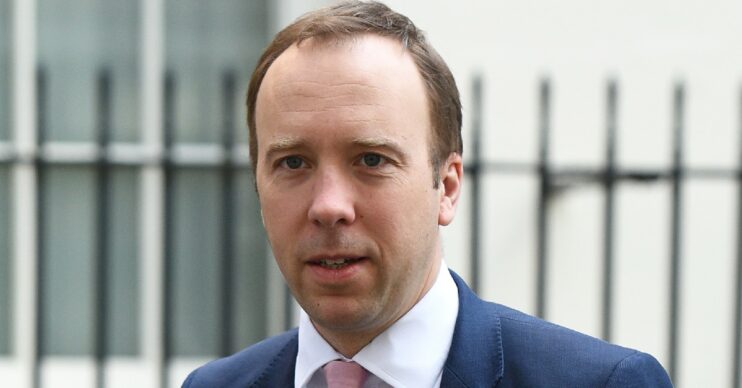 Matt Hancock has spoken out about his affair with Gina Coladangelo, insisting it wasn’t just “casual sex”.

The former Health Secretary sparked a scandal last year when he was caught on CCTV kissing aide Gina in his office.

Shortly after the footage emerged, Mr Hancock resigned as Health Secretary and split from his wife Martha.

Now, months on, Mr Hancock has opened up about his relationship with Gina and has said although he broke social distancing guidance, he had just fallen in love.

The politician appeared on Steven Bartlett’s Diary of a CEO podcast.

Dragons’ Den star Steven asked Mr Hancock about the restrictions that were in place at the time of his affair last year.

Steven mentioned that people were told to only have sex within ‘established relationships’ and avoid ‘casual sex’.

Mr Hancock insisted: “I haven’t had casual sex with anybody. I fell in love with somebody.”

He went on to speak about resigning from his position as Health Secretary after breaking social distancing guidelines.

He said: “It all happened quite quickly. It actually happened after the rules were lifted, but the guidance was still in place.

“So I’m not trying to claim that, I hold no bitterness about this because I broke the rules, I fess up, I broke the guidance.”

He added: “I resigned because I broke the social distancing guidelines by then. They weren’t actually rules.

“They weren’t the law. But that’s not the point.

“The point is they were the guidelines that I’d been proposing. And that happened because I fell in love with somebody.”

Following the footage emerging of Mr Hancock and Gina’s kiss last year, he issued a statement to apologise for breaking social distancing guidance.

Read more: Matt Hancock admits that he ‘blew up every part of his life’ after shock affair