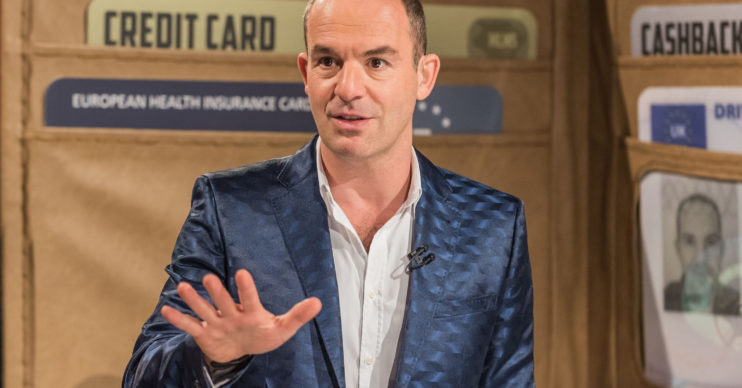 Martin Lewis has hit back at a scam website who claimed he was dead – leaving his family and friends upset.

The Moving-Saving Expert, 48, slammed the “disgusting scum” who shared the death hoax on Twitter today (June 11).

Martin was first alerted to the scam by a follower, who shared a screenshot of an advertisement that announced his passing.

The sick advert showed an image of Martin alongside the headline: “Breaking news: Farewell Martin Lewis. The UK is in shock.”

Fans were left disgusted by the scam, with one writing: “How do they get away with this kind of behaviour!”

Disgusting scum. I've already had upset messages from friends today who've seen this scam advert trading (wrongly obviously) on the fact I've died.@guardian usually pretty good at taking it down, but it's on lots of other sites too.

Thanks to Barbara and all who've notified me https://t.co/eOO9fPPrnL

Another hit out: “What is wrong with people, how can they be so cruel? Thankyou for everything you do, you are the ‘go to’ person for all things money, that’s what we know and love you for. Keep up the great work!”

A third tweeted: “Oh my god! That is horrendous! So pleased I only seen that horrendous scam on your tweet rather than reading it without the knowledge.”

It certainly isn’t the first time the scam has circulated online.

Back in April, Martin told This Morning hosts Holly Willoughby and Phillip Schofield during the preview for his money advice segment that he had been the target of a death hoax.

Martin said: “I’ve just found out there’s another one of those adverts running saying I’m dead.

“They’re scam adverts using the fact that I have died, which is just horrendous.”

He continued: “I clearly haven’t, obviously. We all need to act together to try and stop these horrendous scammers.”

“But just to say if you see it, please report it because a lot of people are getting disturbed by it.

If you see an advert telling you @MartinSLewis has died, please do not click on it – it is a scam. pic.twitter.com/ahfqFbe07S

“We all need to act together to try and stop these horrendous scammers.

“Right now, to be saying someone has died when they haven’t as a form of advertising… It just beggars belief.”

The Martin Lewis Money Show host – who regularly appears on the ITV show – is famous for his passion about finance and debt.