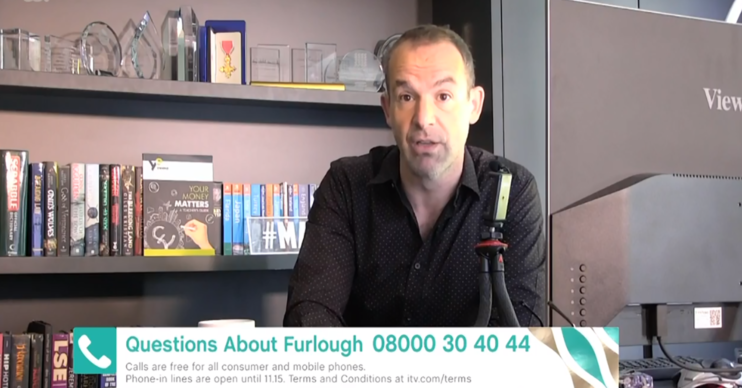 He cleared things up on the daytime show

The money-saving expert appeared on Monday’s show (April 20) to give advice on furlough during the coronavirus pandemic.

However, at the start of the programme, Martin assured viewers he’s very much alive after “horrendous” fake ads said he was dead.

What did Martin Lewis say?

Martin said: “I’ve just found out there’s another one of those adverts running saying I’m dead.

“They’re scam adverts using the fact that I have died, which is just horrendous.”

He continued: “I clearly haven’t, obviously.

“But just to say if you see it, please report it because a lot of people are getting disturbed by it.

“We all need to act together to try and stop these horrendous scammers.

“Right now, to be saying someone has died when they haven’t as a form of advertising… It just beggars belief.”

If you see an advert telling you @MartinSLewis has died, please do not click on it – it is a scam. pic.twitter.com/ahfqFbe07S

The sick advert has a photo of Martin alongside the headline: “Breaking News: Farewell Martin Lewis.

Meanwhile, Martin recently hit back at a fan who accused his wife of being a “gold digger”.

At the end of the programme, he said: “I want to say thank you to my wonderful wife who’s been helping me here.

“This is Lara, she’s on the telly herself, but she’s been behind the scenes today, helping me.”

Read more: Martin Lewis reveals he sits and cries over families at breaking point over coronavirus

However, one viewer seemingly made a comment that suggested Lara was only with Martin for his money.

Martin responded: “I know you think it’s a joke, but its offensive both to me and my wife. You’re accusing her of being a gold digger.

“We’ve been together for 15 years since way before MSE was owt big.

“And the mutual support and love we give each other is part of where we both are now.”