A man has claimed he discovered his girlfriend taking his sperm from used condoms after they had sex.

Taking to internet forum Reddit, the man explained that he walked into the bedroom after going to the toilet and found his girlfriend "pouring the contents of my used condom inside her vagina".

He admitted he's "nervous" and asked other users whether what his girlfriend did was legal if she got pregnant. 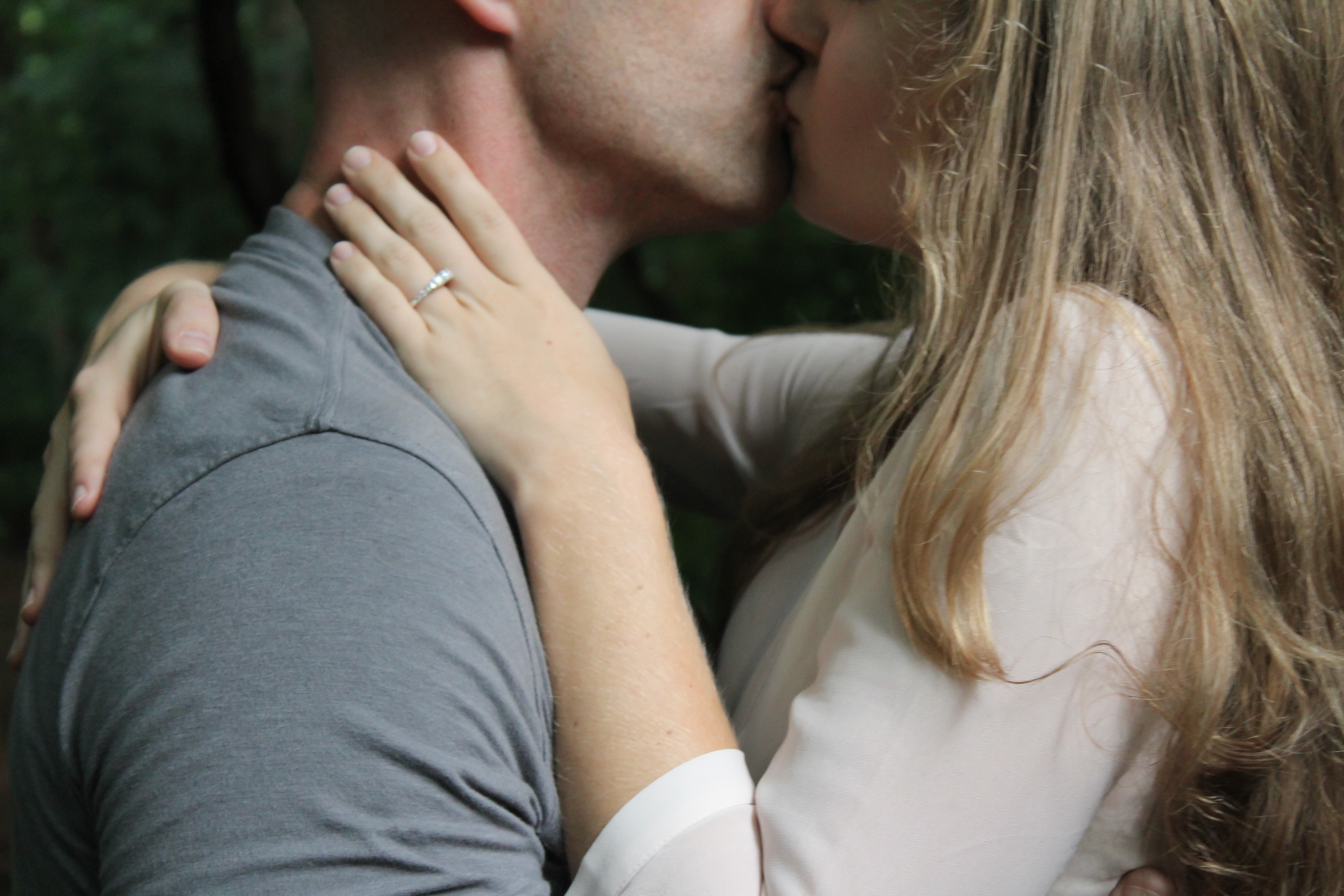 A man discovered his girlfriend taking his sperm from used condoms (Credit: Pexel)

Read more: Men's penises are "half an inch shorter" — because of non-stick frying pans!

He wrote: "I had just finished and removed the condom and I went to the bathroom after that. She screamed at me, 'peeing or pooping?' Which I thought was weird as [expletive]."

The man - who is from New York - said he jokingly told her he was "pooping", but he was actually "just peeing".

He continued: "I came back into the bedroom and found her pouring the contents of my used condom inside her vagina. I'm nervous as [expletive] honestly and have some questions.

"1) Is this legal at all? 2) What happens if she gets pregnant? 3) I did not consent to her doing this, 4) do I legally own my sperm? 5) what are the odds of her getting pregnant?"

He said he tried to get her to stop her by "pulling the condom away from her" but she started "screaming bloody [expletive] murder and screaming 'rape'". 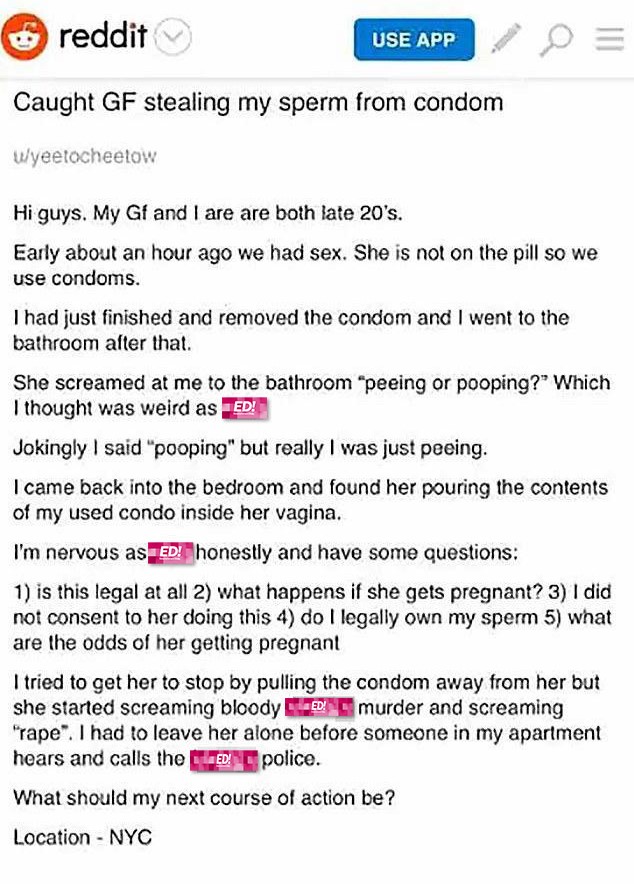 Many other users on the forum were quick to respond with their thoughts.

One person wrote: "Well number one I would assume that she is now your ex-girlfriend? Stay away from her and if she tells you that she is pregnant get a paternity test."

I came back into the bedroom and found her pouring the contents of my used condom inside her vagina.

Another said: "Do not contact her in any way. If she claims to be pregnant demand a paternity test."

A third commented: "Document this - make detailed notes to yourself describing what you observed, and write the date/time of the events, and the date/time you wrote those notes.

"If she gets pregnant, she carries the child to term, and a paternity test proves the baby’s yours, get a lawyer."

Another said: "Call Planned Parenthood and ask them about the likelihood of getting her pregnant via this method.

"I’m guessing it’s slim to none based on air exposure but I’m no expert. If nothing else, an expert opinion will give you better information."

What do you think the man should do? Leave us a comment onour Facebook page @EntertainmentDailyFix and let us know what you think.