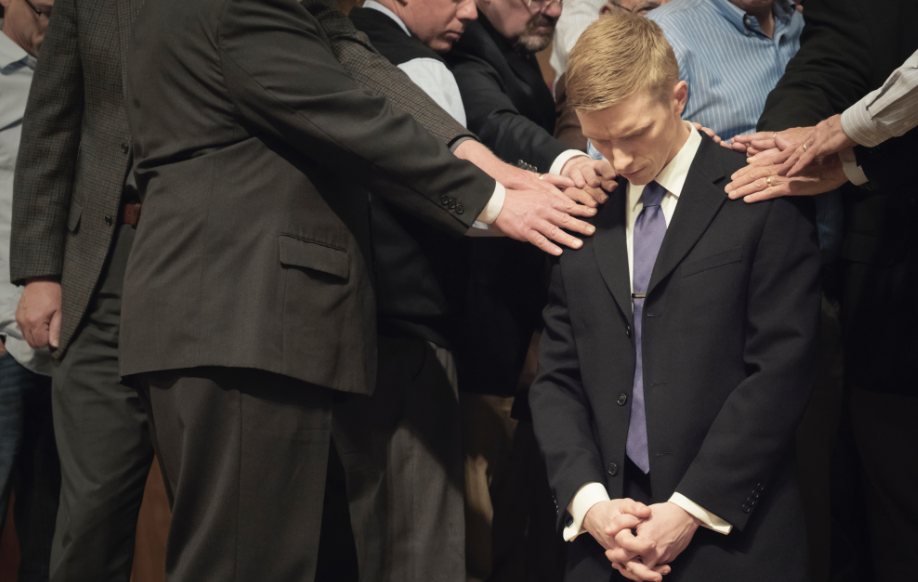 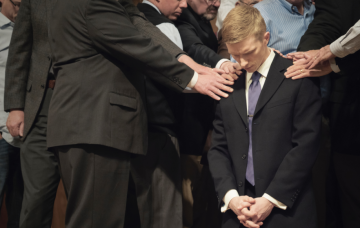 The story has gone viral

For anyone who’s ever been on Tinder, you’ll be familiar with bad dates. But this woman may have everyone else beat when it comes to the cringe-y quest for love.

One Twitter user shared a horrifying first date story from a friend, who was forced to attend a funeral… 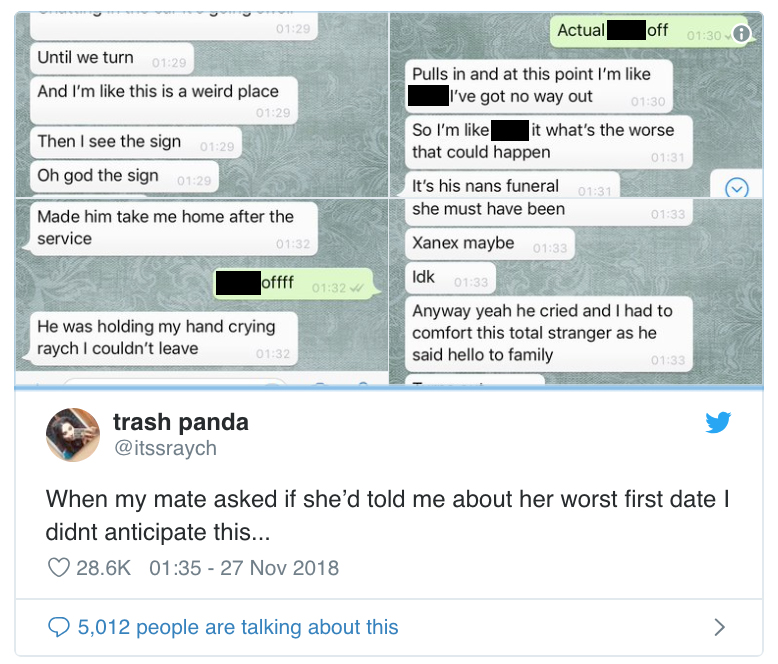 The woman, who goes by Trash Panda on the social media website, tweeted: “When my mate asked if she’d told me about her worst first date I didn’t anticipate this…”

She then shared a series of screen grabs from Whatsapp, showing a conversation with a friend saved as “Bridget Jones.”

Bridget wrote that the prospective suitor had told her to “wear a black dress” so he could “surprise” her.

She initially thought it was romantic, and things went well after he picked her up by car.

But then he pulled into a crematorium, and she started to worry, writing: “[He] pulls in and I’m like, ‘Are you out of fuel?”

Her friend replies: “No way no way no way,” as Bridget continues: “He goes, ‘Nah, just really needed someone to come to this thing with me.”

She then confirms: “It’s his nan’s funeral,” adding: “People are sobbing and I’m like, ‘I can’t leave.'”

Trash Panda is shocked, saying: “YOU STAYED???” as Bridget says: “Imagine calling an Uber to a funeral home.”

She ended the story by explaining: “Turns out his girlfriend had left him a few weeks earlier and everyone had been looking forward to meeting her so he looked for someone to fill the spot.”

Read more: 13-year-old accused of ‘assault’ after she threw a HARIBO at a teacher

Within two days, the post had nearly 30k likes, as Twitter exploded with shock and amusement at the outrageous story.

One tweeted: “This is hilarious,” as another wrote: “It really doesn’t get much worse than that.”

Another joked: “And they say romance is dead. 😁 Sorry, couldn’t resist.”

One more added simply: “Oh my actual god,” while a fifth suggested: “Someone quick! Make a movie out of this!!”

Others shared their own bad dates stories, with one writing: “God, and I thought my first date was bad. Went to a school dance, gaggle of friends tried dragging me to dance and I opted to collapse to the ground instead.”

We cannot believe the cheek of that guy. And how lovely of ‘Bridget’ to comfort him through it anyway.

What was your worst ever date? Leave us a comment on our Facebook page @EntertainmentDailyFix and let us know what you think.